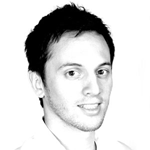 What can we be absolutely sure of? It’s not taking place in summer, not in Qatar anyway. Certainly not after Fifa’s supremo Sepp Blatter admitted for the first time that the decision to award the rights for a traditionally summer-held tournament to a Gulf-based country “may well have been a mistake”.

Fifa’s executive board members will vote in early October on a proposed shift in dates.

It was a brave if slightly naïve idea to hold the world’s most popular single sporting event in the midst of a Middle Eastern summer, where temperatures often reach unofficial levels of 50 degrees celsius.

For those who have never experienced that level of heat, that’s when your glasses steam up as you step outside, away from the air con. As does your iPhone. It’s where walking for less than two minutes in direct sunlight leaves your clothes sticking to your skin as a river of sweat snakes its way down your back. I’m not exaggerating. Last July, waiting for a taxi in direct sunlight for 15 minutes left me slightly tanned.

The Qataris promised air-conditioned stadiums with climate controlled playing surfaces, and I don’t think anyone doubted they could build such structures. In fact, I for one was quite excited to see them made – another feat of engineering triumph for the region.

But they can’t air condition the streets or the pavements. Nor the stadium exits as thousands of fans stream in and out, jostling amongst one another to find the next source of cool, machine-filtered air.

The realisation for Blatter came during a trip he made to Jordan and the Palestinian Territories earlier this year, where he experienced first hand how unbearable the heat can be. The irony was Blatter was visiting in late spring; that’s relatively mild.

The question now is will the tournament be held in Qatar’s winter, where temperatures hover around the low 20s, or will the host country change? Maybe there will be a re-vote? Perhaps.

But it will be held in winter. I’m almost sure of it.

It is true that all of Europe’s top leagues play an autumn to spring season. Several leagues stop over the winter for a two-week break, though not all – the English leagues play through the festive period, often increasing the number of matches.

But as well as admitting that it was a mistake to award the rights for the 2022 World Cup to Qatar’s summer months, Blatter also gave a second honest appraisal.

“Who are we, the Europeans, to demand that this event has to cater to the needs of 800 million Europeans above all?”

“The World Cup is FIFA’s biggest, if not only, global event. Who are we, the Europeans, to demand that this event has to cater to the needs of 800 million Europeans above all?

“I think it is high time that Europe starts to understand that we do not rule the world any more, and that some former European imperial powers can no longer impress their will on to others in far away places.

“We must accept that football has moved away from being a European and South American sport – it has become the world sport that billions of fans are excitedly following every week, everywhere in the world.”

The realisation that old Europe no longer rules all sport – even if it did invent the vast majority of them – has already been accepted by other disciplines.

Formula One has shifted massively towards the Middle East and Asian markets. Rugby union is seeing a similar move, with the 2019 World Cup to be held in Japan. An increasing number of professional golf tournaments are popping up in South East Asia. Basketball has been popular there for years. So has cricket.

However there is one loophole that could see Qatar lose its rights to hold Fifa 2022. And that is speed.

Speak to someone who knows anyone in Qatar and it’s a badly-kept secret that the tiny Gulf state has done next to nothing so far in their preparation to hold one of the world’s biggest events.

The divvying of contracts and appointing of firms for the colossal new infrastructure and the many mega-projects is happening at a snail’s pace.

If I were Qatar, I would get underway with the mammoth task pronto, while season confusion still reigns.

I would build the first phase of its proposed underground rail network as soon as possible. I’d build the first stadium next month, the first hotel tomorrow. Why? Because as it stands, were Fifa to take away Qatar’s hosting rights immediately, not that much would be lost, except pride.

But build fifty new hotels, a stretch of the subway, a couple of new stadiums, subsequently creating thousands of new jobs – in a region where unemployment levels are amongst the world’s highest – and quickly it becomes much more difficult to take away what’s been given.

Qatar may have lost the chance to show they could play God with the weather. But if they act quickly, they could turn the first ever winter World Cup into their favour.

Neil Churchill is a reporter for Gulf Business.