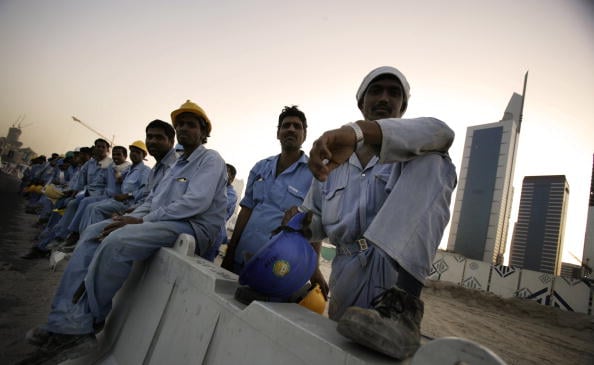 Police in Abu Dhabi have helped to disperse a strike by labourers who alleged their company had not paid their wages on time, according to reports.

The National said dozens of officers and a helicopter were able to calm the demonstration on the capital’s Reem Island, which began at 10:30am on Sunday.

The workers said their employer, a private contractor tasked with fitting out high-rise towers, had not paid them for three months. Some indicated they were owed five months of wages.

“I have not received my salary over the past five months, so I came here today,” one worker was quoted as saying.

After talks with police the men began returning to their accomodation at 1:50pm, the publication said.

The dispute understood to have been handed to the labour ministry.

Authorities have been cracking down on companies that miss wage payments.

In 2016, the UAE Cabinet approved a decree to halt the granting of work permits to firms that owed money to workers.

The company told The National it had sent HR managers to the labour accommodation to help settle the dispute.

A wage protection scheme implemented in 2016 keeps track of payments to workers.

Workers facing payment delays are encouraged to go to the labour ministry or one of 15 Tawafq service centres across the city.