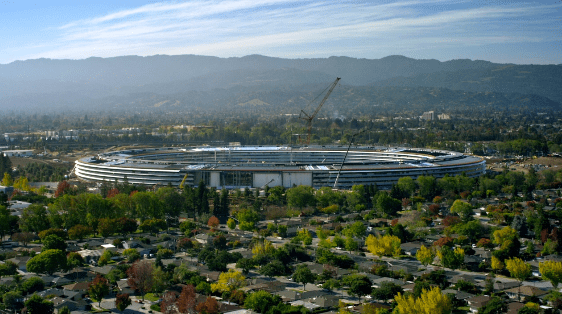 Hundreds of workers at a Dubai company responsible for building the glass panels used on the roof of Apple’s new San Francisco headquarters have reportedly not been paid for months.

The publication cited a worker as saying they were struggling with credit card debt after not being paid their dues since April.

The reported payment delays come despite the firm receiving numerous high profile contracts including for 250 giant umbrellas to shade pilgrims in Madinah during the Haj pilgrimage and panels covering a concourse at a high-speed rail link in the city.

“The company has developed a good name for itself and comes across publicly as a stable firm but, internally, it is messed up,” a worker was quoted as saying.

“No one knows where the money is going to. There are not even materials to build boats but we are still taking on big projects.

The firm was reported to have similar cashflow issues in January leaving hundreds of workers with owed salaries.

Managing director Hannes Waimer reportedly told staff in an email at the time that the company’s money issues were due to unpaid contracts in Saudi Arabia.