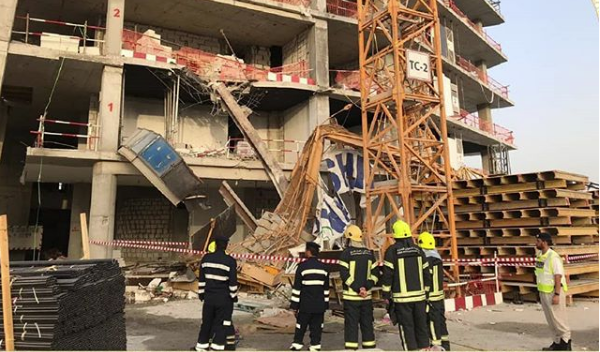 One person died and three others were injured after a crane collapsed in a construction area in Abu Dhabi on Sunday.

The victim was a construction worker from Asia, Abu Dhabi police confirmed. The three others who sustained moderate to serious injuries were rushed to the Al Rahba and Al Mafraq Hospitals.

Police officials said that soon after they received a call about the accident, police patrols, ambulances and first responder teams were immediately dispatched to the location.

Colonel Ibrahim Ali Jalal Al Baloushi, director of the Rapid Intervention Department at the Directorate of Emergency and Public Safety, called on owners of construction companies to provide workers with safety equipment to ensure their safety at building sites.

He also urged the companies to ensure regular maintenance of cranes to avoid similar incidents.