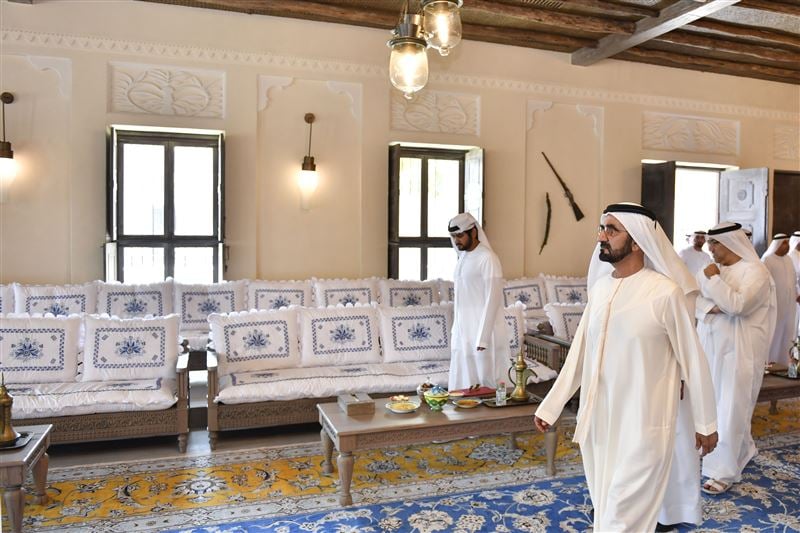 Work is progressing on the Shindagha heritage district project in Dubai, which aims to rejuvenate some of the oldest parts of the emirate, it was revealed on Wednesday.

News of the project’s progress was disclosed during a review by UAE Vice President and Prime Minister and Ruler of Dubai Sheikh Mohammed bin Rashid Al Maktoum.

The project is being developed jointly by Dubai Municipality, Dubai’s Department of Tourism and Commerce Marketing and Dubai Culture and Arts Authority.

So far, 150 historical buildings have been renovated including the house of Sheikh Saeed bin Maktoum Al Maktoum.

The renovation project is being carried out by Dubai Municipality’s architectural heritage department.

During his visit, Sheikh Mohammed inspected the Heritage Majlis developed by the engineering office, which extends over 11,000 square feet.

The project aims to transform the area into a culture and heritage centre, focusing on trade, crafts and the pearling industry. It also aims to boost cultural tourism, a key focus in attracting visitors to the emirate.

The project is hoped to create new cultural and commercial opportunities and ultimately attract 12 million visitors to the historical district by 2020.

The Shindagha Heritage District development project also seeks to create the largest open museum in the world with 23 secondary museums.

“Preserving our heritage and culture are part of our national responsibility,” Sheikh Mohammed said.

“The Emirati architectural heritage is part of its identity and culture. Future generations have to preserve it so that it remains a testament to the ability of Emiratis to innovate and discover solutions to adapt to their environment. This is clearly shown in the architectural heritage left behind by our forefathers,” he added.