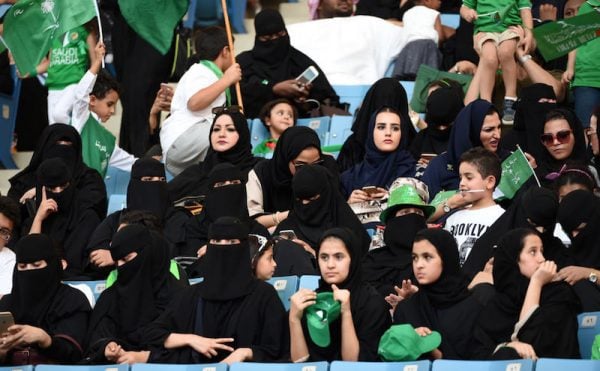 Women are teaching boys in state-run schools in Saudi Arabia for the first time.

Saudi Arabia’s ministry of education has announced that women will be able to teach young boys across 1,460 government schools in the kingdom.

The announcement came as Saudi Arabia began a new school term on September 1.

Female and male students will remain separated in public primary schools. However, women are now able to teach boys for the first time.

According to the ministry, allowing women to teach boys is part of the Early Childhood Schools project. The initiative is made up of various programmes to help facilitate primary school students’ transitions through life and education.

Women being able to teach boys follows other progress for women’s rights in Saudi Arabia. In August, restrictions on travel for women were lifted – making it possible for women to travel without the need for permission from a male “guardian.”

Read: Saudi women can now travel without permission from men

Saudi women can now also legally register a marriage, divorce or birth of a child, become the official guardian of a child, and be issued official family documents.

The relaxing of the so-called wilayah, or “guardianship” laws restricting women’s equal rights comes amid other milestones for women in the kingdom in recent years. For instance, in 2018, women gained the right to drive.