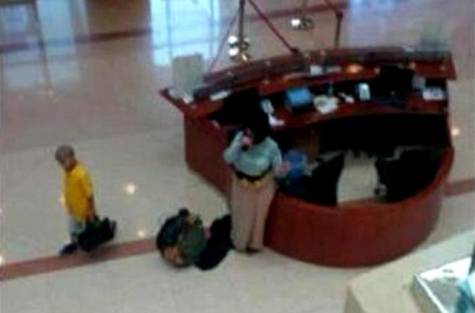 An Uzbek woman who threatened to blow up the Dubai Public Prosecution building on Sunday, turned herself to the police and has been detained following a 13-hour stand-off.

The unnamed woman, in her thirties, walked into the building with her son on Sunday afternoon, and complained that she had a personal dispute with a man regarding the fatherhood of her son.

She then threatened to detonate explosives that she claimed were in her belt, if her problem was not solved, the Dubai Media Office said in a statement. Her husband is reportedly in custody at the Dubai Central Prison.

The Public Prosecution building and the courts were immediately evacuated and security measures were adopted, said the statement.

The woman finally surrendered to the police early in the morning and has been detained.

“Preliminary assessment of incident shows that the woman resorted to this extreme action in an attempt to attract attention and win sympathy that may help her put an end to her suffering because of this family dispute,” the statement said.