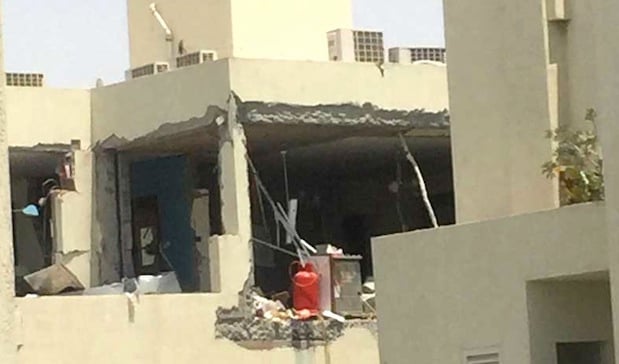 A woman who was critically injured in a suspected gas cylinder explosion in Dubai’s Al Khail Gate community on Wednesday has passed away, according to local reports.

Her daughter, who was also seriously injured in the accident, is currently undergoing treatment. Meanwhile her three-month-old grand-daughter escaped with minor injures.

Their apartment was entirely destroyed in the incident, which took place on the fifth floor of building 39 in Phase 1 of the Al Khail Gate Community.