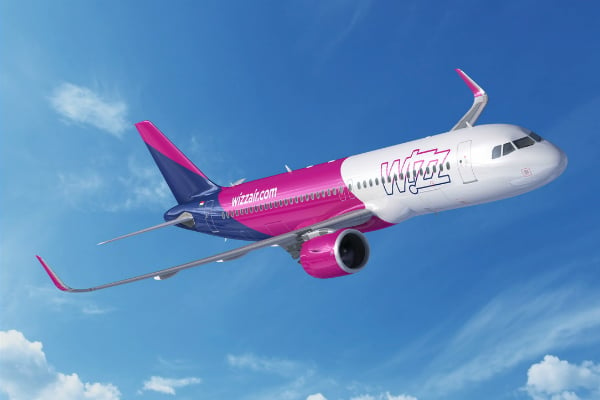 Airline competition is hotting up in Abu Dhabi, with European discount specialist Wizz Air Holdings Plc, planning a new carrier in the Mideast sheikdom to take on one to be operated by Etihad Airways and Air Arabia.

Wizz has reached an outline deal on the venture with Abu Dhabi Developmental Holding Co. (ADDH), the firms said in a statement on Thursday. The airline, which will be 51 per cent Abu Dhabi owned, will start flying in the second half of next year with a fleet of three new Airbus SE A321neos, increasing to 50 planes over 10 years.

While the startup will initially serve cities in Europe and Russia, it later plans to target the Middle East, Africa and the Indian subcontinent. The move will bolster connectivity in an Abu Dhabi market where air links shrank by almost a fifth in 2018 as flag-carrier Etihad cut routes after billions of dollars in losses.

Wizz chief executive officer Jozsef Varadi, speaking in the emirate, said the new airline — the Budapest-based group’s first outside Europe — will be named Wizz Air Abu Dhabi and aims to be “a significant player in the region.”

Eastern Europe’s biggest discount airline is targeting a market where low-cost carriers have only a 5 per cent share, but with strong demand from tourism, local travel and migrant workers, Barclays analyst Rishika Savjani said in a note.

Flights to India would also help boost connectivity there after the collapse of Etihad partner Jet Airways India Ltd.

In establishing an arm in the Gulf state, Wizz will be competing on the same turf as Air Arabia Abu Dhabi, which Sharjah-based Air Arabia, the Mideast’s biggest discounter, said in October it would launch in conjunction with Etihad.

That business will help supply passengers to the long-haul operations of Etihad, whereas Wizz said its airline will be a point-to-point operation that won’t feed into the flag-carrier’s traffic.

Startup costs should be similar to those for Wizz’s recently opened units in the U.K. and Vienna, while the airline reckons its cost base will be about 30 per cent lower than the nearest competitor, Savjani said, adding that a new aircraft order might be needed to support growth.

ADDH was established in 2018 as a public joint stock company and holds a portfolio of state-owned enterprises spanning utilities to health care and including Abu Dhabi Airports.