Will We Drive Connected Cars In The Near Future? - Gulf Business 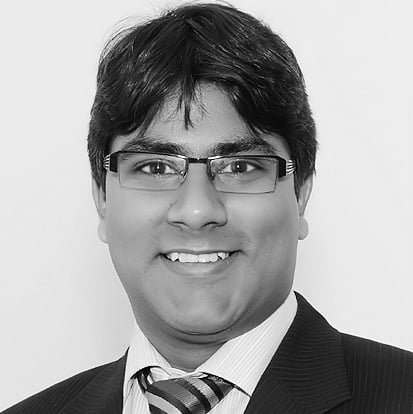 The Mobile World Congress (MWC) is traditionally the hot bed for new technology announcements and the prominent themes of MWC set the tone for the year ahead. This year’s edition, planned in a few days time in Barcelona (24-27 February) will be no different, with the topics of wearable technology; 3D, curved & 4K displays; and Internet of things expected to be the most talked about.

However, one particular theme that is expected to stand out is around the Internet-in-a-car, or ‘connected cars’. For starters, companies such as Ford have already confirmed their participation and are expected to tout their connected vehicles. In fact, MWC will also feature a dedicated ‘Car Connectivity Consortium’ app developer conference. This alone points to the certain, however yet-so-far impending, marriage of consumer technology, mobile connectivity and automobiles.

Even during the build-up to the MWC, the field has already witnessed several high prolife announcements in the recent past. Amongst these, the biggest impact announcements include those of cars having 4G LTE mobile broadband connections. Companies such as General Motors GM (Chevrolet) and Audi have already announced such cars to hit the market later in the year. The impact of 4G in cars is far reaching – it aids both entrainment (live video streaming) as well as navigation (real time traffic information).

Apart from this, such connected cars are also the building blocks for enabling the mass availability self-driving vehicles. There are several benefits of self-driving cars including safer driving behaviour, reducing traffic congestion and a drop in number of accidents.

Self-driving vehicles have been talked about for quite a while however most of these discussions currently are at the laboratory and trial stages. All major manufacturers, such as Ford, GM, Toyota, Nissan, Volvo, and Audi, are looking to come up with such technology within the next few years.

One notable exception to this is Google that has a fleet of self-driving cars since 2010 in the US. Although these are just test vehicles, their performance has been stellar – about a dozen of these cars have collectively driven more than 500,000 miles without crashing in beta tests.

Google has been involved with the connected car domain for a while now. Apart from its self-driving fleet, to take its efforts in the car connectivity further, in January this year, Google announced the formation the Open Automotive Alliance (OAA) that aims to boost the uptake of its Android operating system in cars. Within a month itself, companies such as Audi, GM, Honda and Hyundai have joined in as founding members.

The OAA has two main objectives. Firstly, it is promoting better integration between cars and Android devices in order to create a ‘car optimised’ mobile experience. Secondly, the OAA is also working towards developing new Android platform features that will enable the car itself to become a connected Android device in the near future.

Earlier, in August 2013, Google, along with IBM, had also entered into a partnership with the auto parts’ manufacturer Continental AG, to develop autonomous driving systems for cars.

Similarly, Apple has its ‘iOS in The Car’ (iOSitC) initiative aimed at allowing iOS owners to use their Apple devices inside the car for performing functions such as playing music, displaying maps and dictating messages. Several car manufacturers have shown interest in this initiative and Honda has already announced that the Honda Civic 2014 and the Honda Fit 2015 models in the US and Canada will feature iOSitC integration through the HondaLink service, Honda’s cloud-based in-car connectivity system.

As per a 2013 Juniper Research report, about one-fifth of all consumer vehicles in North America and Western Europe will have app-capability and Internet connectivity by 2017. The prime driver of this trend is the innovation being introduced in the car infotainment systems. Some leading examples of this include Ford’s Sync AppLink, GM’s IntelliLink, BMW’s ConnectedDrive and Toyota’s Entune.

However, there is still a lot of work to be done to ensure this prediction comes true. Most prominently, there are several ‘anti distracted driving laws’ in most countries that do not encourage such integration in cars. There are also issues concerning privacy and data security when mobiles are synced to the car. These hurdles need to be satisfactorily crossed for the true potential of the connected cars be fully realised.

The wave of connected vehicles is picking up in the Middle East as well. A few manufactures have already introduced ‘Smart Cars’ in the UAE market. A classic example of this is the Ford Edge 2011 which includes the ‘MyFord Touch’ technology. Ford has developed the MyFord Touch functionality in partnership with Microsoft and it enables users to seamlessly integrate their mobiles and digital media devices into their cars.

Further, the Nissan Altima 2013 features the Nissan Connected Infotainment Platform that incorporates features such as Google point-of-interest locations and Pandora radio among others.

The UAE is a large market for vehicles and it is only a matter of time before some more of the connected cars are seen widely on the country’s roads.

Abhinav Purohit is a UAE-based strategy consultant specialising in the telecoms industry. On Twitter: @PurohitAbhinav