Will the volatility on the Shanghai Composite Index impact UAE market? | UAE News 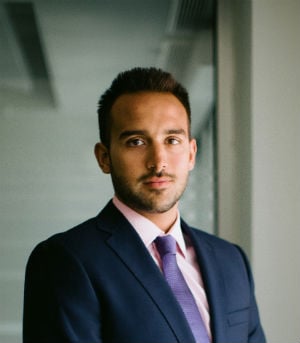 Investors can look at the recent increased volatility on the Shanghai Composite Index as one of the risks of entering stocks on the basis of a central bank easing monetary policy. It is largely for this reason that the Shanghai Composite Index appreciated by around 50 per cent at the beginning of the year, as a result of the People’s Bank of China (PBoC) easing monetary policy on a continuous basis, rather than economic sentiment around China improving.

However, the Chinese economy is continuing to face downside pressures and once investors realised that the easing of monetary policy was having little to no impact on improving the country’s economic data, they decided to begin exiting positions. Economic momentum in the country is slowing down and the recent PMI release from late last week suggests that there are limited signs of momentum picking up quite yet. This means that the Shanghai Composite remains vulnerable to some further losses, but the major threat to investor sentiment would be if concerns became widespread that GDP growth was set to fall below the crucial 7 per cent government target.

The 7 per cent government target is what I am constantly focusing on, and it is only if GDP growth fell below this level that I believe the recent declines in the Shanghai Composite might have a more widespread impact globally. We would definitely be exposed to further downgrades when it comes to global economic forecasts. Investor appetite towards risk might also change, and if investors see it as becoming too risky to invest in China and other emerging markets, this is when you would also expect to see more attraction towards safe-haven markets like the US and Japan. In regards to how the recent volatility could impact on the UAE market, right now it is fairly limited. The Shanghai Composite is an isolated incident and it is only if this negatively impacts investor confidence towards other regions that the UAE might be exposed to pressure.

It is the economies that trade the most with China, and even more specifically those in the surrounding region that are relying on Chinese trade and have already been hit by the combination of US interest rate expectations and declining crude exports (Malaysia and Indonesia), that are more exposed to China risks. If there is a sudden change in investor sentiment towards emerging markets then the UAE might be exposed to some sort of impact, but this in my opinion would not hurt the AED. With the AED being pegged to the Dollar and expectations high that the Federal Reserve are about to begin raising US interest rates, there is attraction towards the USD and this improves the prospects for the AED as well.

The main threat to the AED at present would be if the Federal Reserve swerved away from its repeated commitment to begin raising US interest rates in 2015, but this does not appear to be the case, which means that both the USD and AED are supported as a result.