Will The Islamic Finance Industry Witness A Scandal In 2014? - Gulf Business 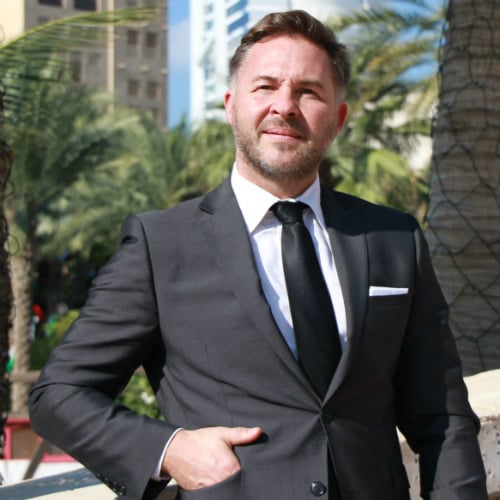 The Enron scandal, exposed in October 2001, eventually led to the bankruptcy of one of the largest American energy companies and the dissolution of accounting giant Arthur Andersen. Many executives at Enron were indicted for a variety of charges and sentenced to prison. The company and its advisors lost the majority of their customers and closed. Employees and shareholders received limited returns in lawsuits, despite losing billions in pensions and stock prices.

Could a similar scenario take place in the heavenly haven of Sharia-compliant finance?

The Islamic finance industry prides itself of its healthy and ethical governance. Over the years and after the turmoil of the 2008 financial crisis, it has become a welcome landmark and an alternative to the ill conventional banking system.

Nevertheless, the crystal-clear water of Islamic finance may be troubled by internal and external winds. In fact, the stormy issue involves the entire Islamic economy, not just the Islamic finance or banking microcosm.

Lack of maturity and conflicts of interest

Islamic economy is a new industry. Its standards, the control and the certification of Sharia-compliant products are not evolved on an international scale. The certification process has reached a level of maturity in a minority of countries at a time when Islamic finance or the “halalisation” of products is becoming popular throughout the world.

The Sharia-scholar who plays a key role in the Islamic economy belongs to a profession that is not regulated on a global scale.

Naturally, there are skilled and highly-respected Sharia-scholars acclaimed by the industry. But there again, acknowledged experts are found only in very limited numbers. This situation is critical as it leads to an unhealthy concentration of expertise, which raises anti-trust issues and potential conflicts of interest among Islamic banks.

This, in turn, opens the door to many incidents, and one can predict that a time will come when “halal” scandals will start hitting the news.

The absence of standards is not an issue. There are plenty of standards, which are highly sophisticated and regulative for the industry. Well-respected bodies such as the IFSB or the AAOIFI produce them. In fact, there may already be too many guidelines issued by too many organisations. The real issue is the export and legitimacy of these rules in non-Muslim countries, which are de facto partie prenante to the Islamic markets as they export heavily in those countries. An appealing retail market of 1.6 billion Muslim consumers is attractive to global industry. Many corporations are currently in a phase of rebranding their products or creating a halal capacity.

The efforts of regional hubs willing to set a row of international standards to run the industry must be saluted. Malaysia has been successful at it and benefits from incommensurable experience. Regretfully, the country has not been able to export this model beyond its national boundaries. Will Dubai, which offers a larger window to the world, be in a position to take up the challenge and export a standardisation model that offers a solid base to regulate a multi-billion dollar industry? This smart and visionary effort was started by the Ruler of Dubai, but he will require relays in other parts of the world to propagate the industry’s set of rules. Indeed, the effort is not limited to the consumption markets of the Islamic countries: most Halal production occurs in the West, in non-Muslim countries. The standards and controls have to be initiated within the production hubs.

Getting a bad reputation is a package deal: not all conventional banks were acting improperly, but after the Lehman Brothers scandal, the entire conventional banking system was harmed and condemned.

The same actors who originated one of the greatest scandals in the capitalist era are now playing in the Islamic league. They have put on a new suit and are working on Sharia-compliant transactions: global banks, global law firms, accounting firms, auditors – some of which have their own Sharia-scholars.

There is a warning out there: industry leaders should be very selective when they hire professional and advisory services. One of the key criteria in retaining advice should be the independence of the professional they hire.

The Enron case was mainly caused by a major conflict of interest. Arthur Andersen, the Big Five of the now reduced “Big Four”, was the counsellor and the auditor of the Texas-based giant. This is a conflict scheme often found in the Islamic industry: the advisor happens to be the certificatory body as well. There are certainly benefits in organising a one-stop shop, and indeed a need from the market, but it may be a very short-sighted perspective for the whole industry. Such a conflict of interest scheme would be impossible in another type of certification such as the ISO 9000 system. The quality advisor cannot be the issuer of the certificate. This is sound and healthy.

The temptation for many conventional banks to open an “Islamic window” is questionable as well. Questionable not on the marketing side, where it is understandable, but on the ethical side. Could we have a Lehman Brothers bank with an Islamic window?

Words are important: why a window? Do Muslim consumers have to enter these banks by a window and not by the door? Is there something to hide? Could a scandal occurring in a conventional bank, having an Islamic window, harm the Islamic finance industry? Of course it could.

The malodorous practices listed above can be depicted as Haram* Islamic finance.

Evil should not been seen and sought everywhere. If the involvement of the conventional players in the ethical Islamic industry can lead towards a better governance and better service to clients, it should be acclaimed. However, the fact that Islamic markets are a new Eldorado for many economic actors could lead to a dilution of the benefits of that particular Islamic industry. A balance needs to be struck and it will be difficult to achieve a safe path on the new “silk road” which has been created between East and West.

Islamic banking is an industry based on trust. The fact that some suppliers are not completely trustworthy will impact the reputation and the trust of the industry. We have seen famous western brands like Nike or Adidas shaken by the fact that their suppliers were exploiting poor people in Bangladesh in shameful sweatshops. Neither the brand nor the flag of the industry can hide their weaknesses. There is a sufficient amount of opponents to the propagation of Islamic finance in the world who could make use of these substantial threats to discredit an industry of good will composed by many great professionals who are trying to bring about an ethical solution to financial markets.

Decision-makers in the Islamic industry are urged to brainstorm and have an in-depth analysis of their risk-management. When the real “Halal” scandal happens, it will not be a tumult, but a tsunami on an industry that is not ready to handle a communication crisis. Most Islamic businesses are actually good in their production process but weak in their marketing and communications. Most of them cannot handle properly a sound marketing communication with their clients in peacetime… How will they cope with a war on their products?

If the industry cannot react in due course, then at least the Enron scandal had a positive consequence: new regulations and legislation with global reach were enacted to expand the accuracy of financial reporting for companies. The act also increased the accountability of auditing firms to remain unbiased and independent of their clients… What have we learned?

* Haram means forbidden, immoral or sinful and the opposite of Halal, which means authorised by the Sharia.

Laurent Marliere is a London-based expert on the Islamic economy and lectures on marketing for Islamic markets. He is the CEO of ISFIN, a global consultancy.