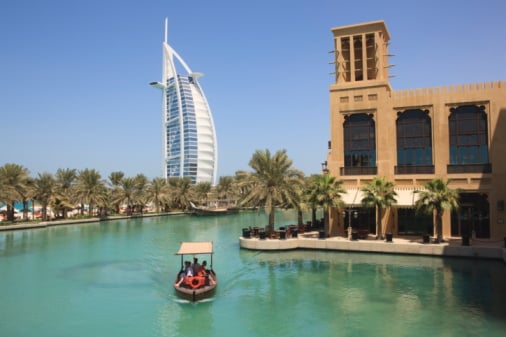 1. Is the decline in oil prices a good thing for the hotel sector in the Middle East?

Whilst it is prudent to note that the falling price of oil may result in marginal decreases in domestic hotel demand within those Middle Eastern countries which are net oil exporters, we at CBRE anticipate that any negative effect of this to be wholly offset by the increase in tourism trade expected from international demand as many of their respective markets prosper. This will be the case, especially, if international air carriers are willing to lower their respective airfares considering the drop in oil prices.

2. While cheaper oil prices are likely to prove a positive for the global economy, how will it impact government revenues in the UAE?

The considerable drop in oil prices witnessed over the past 12 months will have an adverse impact on UAE revenues as the oil sector is an important contributor to the overall economy.

However, the UAE’s economy is increasingly diversified and any negative impact will be lesser as compared to the national economies of other countries within the region which rely more heavily on oil as a revenue source. UAE’s non-oil sectors comprising of retail, hospitality, construction and real estate continue to remain dominant contributors to the country’s GDP over the past decade. In 2014, these sectors together have contributed over 30 per cent to the overall GDP and 52 per cent to the non-oil GDP.

In terms of oil reliance among the GCC countries, the contribution of oil revenue to the overall real GDP remains lowest at 31% for UAE and 2 per cent for Dubai in 2014 whilst across other GCC countries except Bahrain, the reliance has been over 35% with highest dependency of 62 per cent recorded for Kuwait.

The two sectors that appear most exposed are residential and hospitality. This is a consequence of their position in their respective real estate cycles, the volume of upcoming supply and slowing demand.

During 2015, over 10,000 new hotel keys and hotel apartments are set for delivery, which is close to 10 per cent of the existing supply. The residential sector will see handover of around 23,000 new units, compared with approximately 14,000 and 16,000 units during 2013 and 2014 respectively. In the context of recent supply deliveries then, these figures are significant and they will clearly have some form of dampening effect on the market, continuing on from trends that emerged during the second half of 2014.

Demand will be further suppressed by the current situation in Russia, and Europe in general, with lower visitor numbers expected and further declines in investment volumes from a key source market as uncertainty prevails.

3. Russia has been a key tourist source market in the past, however, due to the weak Rouble, Dubai has witnessed a decline in Russian visitors. How do you foresee this impacting the hotel sector?

During the past six months, we have already witnessed a slump in Russian tourism, a situation brought about by the current EU sanctions, the subsequent collapse of the Ruble, and the decline in oil prices that have negatively impacted its economy. Many Russian tourists are now instead seeking more affordable vacation options, with Egypt very much back in favour.

And it is not only restricted to Russians visitors, there has also been a slight dip in tourism from right across Europe, albeit hotel occupancies still averaged around 78 per cent during 2014, down from over 80 per cent during 2013.

Despite the uncertainty, Dubai witnessed a 5.6 per cent increase in guest numbers in 2014, which demonstrates the strength of the Dubai market and the sustained efforts of the DTCM to position Dubai as a destination of choice. In particular, there was a 24.9 per cent YoY increase in the number of visitors from China in 2014, which helped to nullify any negative impact from the decline in Russian business.

Going forward we expect that Dubai will continue to see sustained visitor number growth with new routes and additional airport capacity helping the city to achieve its target of attracting 20 million visitors by 2020. Moreover, we expect that the Russian market will progressively recover and therefore expect to see a steady return of healthy levels of tourism from this important source market over the medium term.

4. What key trends do you see emerging in the UAE’s hospitality sector this year?

CBRE anticipates to see a continuation of the trend for owners to seek to develop mid-market and limited service hotels with a number of new 3 and 4 star hotels set to enter the UAE market this year. In addition, we see a number of the major hotel operators seeking to launch their ‘Lifestyle’ Brands into the market to complement their existing offering. A Lifestyle hotel is a property that combines living elements and activities into functional design that gives guests the opportunity to explore the experience they desire.