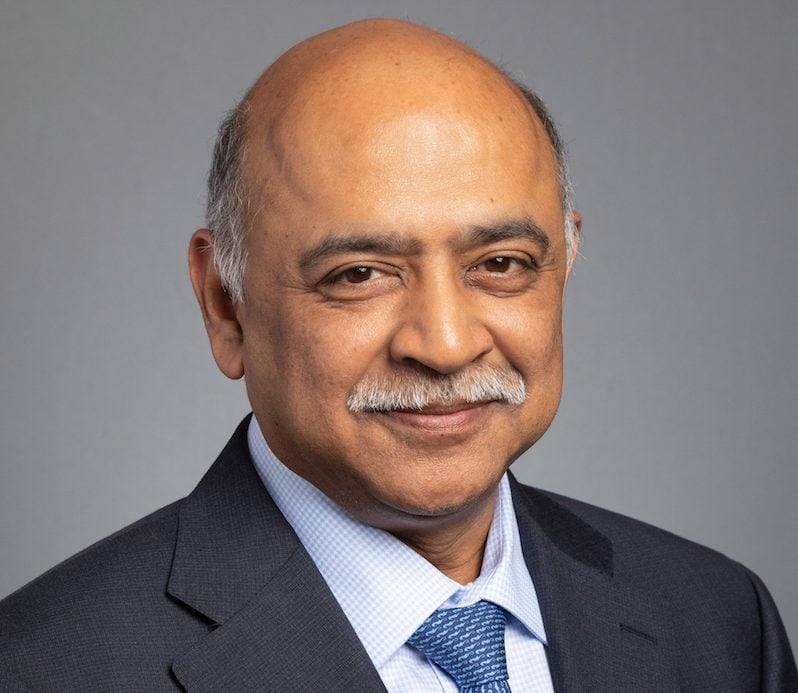 Krishna, 57, is currently the head of IBM’s cloud and cognitive software unit and was a principal architect of the company’s purchase of Red Hat, which was completed last year. Rometty, 62, will continue as executive chairman and serve through the end of the year, when she will retire after almost 40 years with the company, IBM said in a statement Thursday. The shares rose about 5 per cent in extended trading.

Since becoming IBM’s first female CEO in 2012, Rometty had bet the company’s future on the market for hybrid cloud, which allows businesses to store data on both private and public cloud networks run by rivals such as Amazon Web Services and Microsoft Corp.’s Azure. By then Big Blue, once the world leader in technology, had lagged behind competitors for years after largely missing the initial cloud revolution under her predecessor, Sam Palmisano.

The announcement comes as a “welcome and overdue leadership change,” said Wedbush Securities Inc. analyst Moshe Katri. “At least that’s how we’re looking at it – and obviously the market seems to agree.”

Having shed its personal computer business in 2005, IBM under Palmisano struggled to position itself as a seller of high-end services, like then-emerging data analytics and cloud computing. Before Rometty took over, IBM’s sales had essentially been flat for six years, and the company propped up earnings per share through stock buybacks.

One of its primary ways of keeping costs in check: shifting jobs offshore, particularly to India.

Yet the efforts were stymied by the emergence of a new competitor in the delivery of computing over the internet: Amazon.com Inc. During one particularly painful several-year stretch, IBM’s sales declined for 17 quarters in a row. For its part, Watson has been faulted by customers who said it never quite lived up to the hype. The shares lost a quarter of their value from the beginning of 2012 through today.

“If you look at the company under Ginni, it really went through some very challenging times,” Katri said, pointing to the transition from its legacy businesses into newer technologies. “This is reflected in its lackluster financial performance.”

Rometty’s boldest move came in 2018, with a $34bn deal to acquire open-source software provider Red Hat. She has staked her legacy on the Red Hat purchase, a transaction meant to help save the company from irrelevancy in a business led by younger tech giants.

IBM reported five consecutive quarters of negative growth after the deal’s announcement, but narrowly broke that streak in the fourth quarter of 2019, suggesting it may have finally turned the corner.

Still, unlike most large technology companies, IBM is smaller now that it was when Rometty took the helm. It ended that year with a market capitalization of more than $200bn and revenue of more than $100bn. Sales are down more than a quarter since the end of 2012.

Rometty stayed at IBM past the normal tenure for chief executives and the average retirement date. In fact, in IBM’s entire history Rometty is only the second CEO to stay on past 60. The first was the company’s founder, Thomas Watson.

The company’s first transformation was in the 1950s when it moved from tabulating equipment to computers, then in the 1980s when it shifted from mainframe computers to software and services, Cortada said.

Hybrid multi-cloud represents the company’s third radical change. “Rometty initiated that next fundamental transition or transformation for the company, but that went too slowly for a lot of people,” Cortada said. “She ended on a high note though, buying Red Hat.”

Krishna, her successor, was the mastermind behind the Red Hat deal. He proposed the acquisition to Rometty and the board, suggesting hybrid cloud is the company’s best bet for future growth. He has led the development of many of IBM’s newer technologies like artificial intelligence, cloud and quantum computing.

“He is an authentic leader who lives the values of IBM and has taken on ever-increasing responsibilities across the company,” and returned IBM’s cloud and software business to growth, IBM said in the statement.

“This is the guy who championed the Red Hat deal so it’s good for IBM as a whole,” said Bloomberg Intelligence analyst Anurag Rana.

Prior to IBM adopting its hybrid multi-cloud strategy, the company had a walled-garden approach to cloud computing, largely focusing on its own services. Krishna spearheaded IBM’s shift toward hybrid, prompting the company to work with rival providers rather than compete against them, Rana said. “His openness and ability to work with everybody, from that point, this is very good for IBM.”

There had been much speculation on Wall Street that Whitehurst, 52, was in the running for the top job.

“This new team, Arvind and Jim, bring more of an in-depth tech savviness to the top, which is necessary in this rapidly changing technology industry,” said Arvind Ramnani, an analyst at KeyBanc Capital Markets.