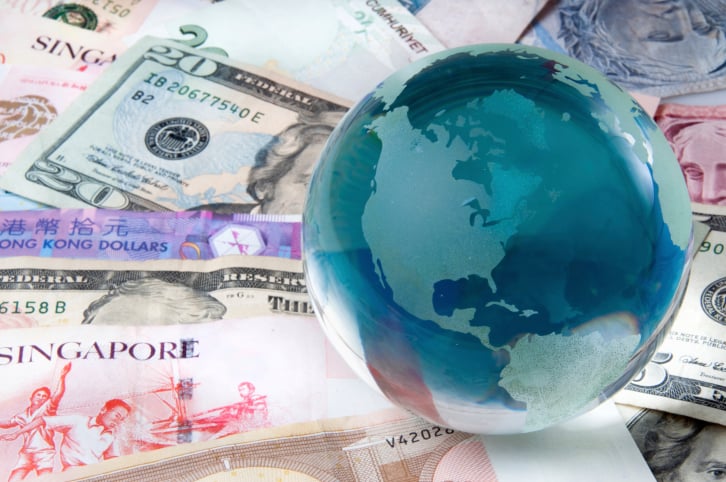 China’s economy is slowing. The euro zone’s is a flat line. Japan’s sank in the second quarter. Britain has wage deflation. The U.S. economy is ticking over at best.

In a world preoccupied by geopolitical crises – from Ukraine, Iraq and Gaza to the Ebola outbreak in West Africa – the global economy has taken something of a back seat. But there are increasing signs it is in trouble despite being awash with cash from record low interest rates.

Many policymakers across the world would like to move away from this ultra-loose monetary policy, which they introduced to drag their countries out of the financial crisis. But the economies are not playing ball.

Essentially, the economic doldrums have pushed back the time when central banks can start the process of normalising monetary policy. Indeed, in many places it is more likely that central banks will loosen more than pull in.

Take China. Data in July showed cash flowing into the economy plunging to a near six-year low. The housing sector, around 15 per cent of the world’s second largest economy, is also faltering.

So although overall growth projections for the year remain roughly on track, the latest data has brought the potential for looser Chinese monetary policy.

“The shrinking amount of cash flowing into the economy will harm economic growth,” Chen Dongqi, deputy chief at the government think-tank Academy of Macroeconomics Research, told Reuters. “The window has been opened for cutting interest rates and the reserve requirement ratio.”

In a similar vein, the issue in the moribund euro zone is not one of reining in monetary largesse but of whether the European Central Bank should extend it by buying government bonds in a quantitative easing programme.

Yet there was no growth across the 18-country bloc in the second quarter and inflation is running at a deflation-threatening 0.4 per cent.

“The risks surrounding the economic outlook for the euro area remain on the downside,” ECB President Mario Draghi said earlier in the month.

Jacob Funk Kirkegaard, a fellow at the Petersen Institute of International Economics, reckons that the main problem facing central banks is that the pillars of world economic growth are not level and that economies are not working together.

“There is no country (now) to pick up the slack,” Kirkegaard said. “From the perspective of the U.S. consumer coming to the rescue of global demand, forget about it.”

That was underlined by the latest U.S. jobs data, which showed steady job creation but flat wages in the private sector and little improvement in long-term unemployment.

Along with an economy expanding at only a modest rate, this has all been enough to persuade Federal Reserve chief Janet Yellen to lower expectations for a rate hike until hiring and wage data show the effects of the financial crisis are “completely gone.”

Britain, the fastest-growing Group of Seven economy this year (albeit from a low base), is in a similar place. Minutes of the central bank’s last meeting showed the first split vote on interest rates since 2011.

That underlined the desire of some to start hiking now.

Bank of England Governor Mark Carney responded to the wages data by saying that the bank would want to be confident that wage growth was sustainable before raising rates, even though it was not necessary for them to be growing faster than inflation.

Expectations for the BoE’s first hike since the financial crisis have been gyrating since then but generally are further back than before.

Draghi and Yellen will be among the central bankers gathering in Jackson Hole, Wyoming, this week for an annual symposium. They may be at pains to explain whether what is happening in the global economy is sustained trouble that many share, or just specific glitches.

Japan, for example, suffered its biggest contraction since March 2011 in the second quarter, falling at an annualised 6.8 per cent. But it is hoping it was mainly due to an April 1 sales tax hike that hit household spending.

Similarly, some of Britain’s falling wages can be tracked back to comparisons with a year earlier when they boomed after a cut in the top tax rate. That impact will disappear.

But the G7 as a group is growing well below trend. The United States, Germany, Japan, France, Britain, Italy and Canada averaged growth of just over two per cent a year between 1981 and 2013. The projection for this year is less than 1.5 per cent.

And that is before any potential longer-term impact from Russia sanctions, disrupted Middle East oil flows or other geopolitical pressure.

Many policymakers, including Carney and Draghi, have acknowledged that a lot of what is happening is out of their control.

“Heightened geopolitical risks, as well as developments in emerging market economies and global financial markets, may have the potential to affect economic conditions negatively, including through effects on energy prices and global demand for euro area products,” Draghi said earlier in the month.

There has been little so far on the horizon to change this.