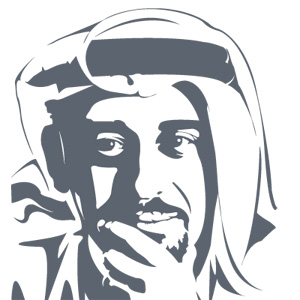 Long subjugated to the glass ceiling, women have fought to make their voices heard. What they don’t seem to realise is that their voice is being heard – at quite a loud volume.

Men have a habit of making sure that whenever they do something everyone gets to hear about it. That is why most of the top positions are occupied by men. We excel at self-promotion and publicising when we have gotten something right.

Women, on the other hand, have a tendency to ensure that when they do things, they play the victim waiting for others to acknowledge their achievements. Since this accolade is rarely acknowledged, women are passed up sometimes. The exception to this rule is when women start acting like men and begin self-promoting their actions. While we never like to say this, it is a sad fact that the ones who will succeed most of the time are those who voice their achievements. Those who wait for others to recognise what they have accomplished will be waiting a long time.

That said, let’s see how women affect the economy. While men like to focus on the large spend items like cars or a house, it is the women who spend, what most men think is on irrelevant items, on a daily basis that keeps the economy chugging along. Women will spend more money in a year on food and clothes than that one-ticket purchase that a man is so proud to announce that he made. Imagine the cost to the economy if women decided, like men, that they don’t need certain items. What if she forsook small items such as eggs or butter on a near-daily basis to feed her family, and opted for just bread once a week like most men would do? Or, and this can get embarrassing for us men, they did not buy hundreds, yes I am sure of that number, of socks, stockings and underwear per year versus the manly attitude of ‘so there might be a few holes in it, it is still good enough.’ Their spend, if on just small items, keeps so many industries functioning. Where would the companies that manufacture clothes, furniture and toys be if women did not spend fortunes on them every year? Don’t make the mistake of thinking that these industries are any less important than the car or aircraft industry that men like to boast about. I don’t mean to say that there are no women buyers or decision-makers in those industries but they are less common than men. Whether they are mundane industries, such as food, or glamorous and expensive luxury goods, it is a fact that women are willing to open their purse strings and spend to keep things going.

To add to this, the greatest number of impulse-buyers are women. Battery and chocolate factories thrive because women, more than men, buy them in mass quantities. The last time most men bought batteries was to put them in their remote controls. If I might add to that, it is usually because of a woman that a man would spend money. Two items that most men would not buy if they thought that they would not be attractive to women are shaving blades and deodorants.

Other things such as soap and house cleansing items would be dead industries if it were up to men. When was the last time you saw a man buy any of these items unless he was trying to impress a woman?

To say that women don’t have a voice in the economy is a false statement. To look at a few shining examples of women who have broken through the glass ceiling of the man’s world is to do a great disservice and a lack of recognition that these unknown genuine heroines who put in the time day in and day out.

We are just so involved in our small world that we fail to recognise that our world is the small one and theirs, that of our sisters, mothers, wives and daughters’ lives, is the one that allows us the luxury to live our vision of grandiose. Just because they don’t get on the cover of glamour magazines says a lot about how superficial we are for not recognising their importance.