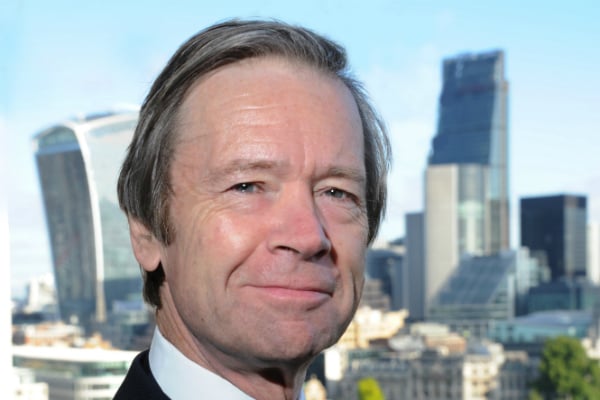 Rising sea levels, melting glaciers and coastal flooding – climate change is already having well-documented consequences across the globe. And these consequences are not limited to the environment.

Economies will also be affected severely and as such it is no exaggeration to say that 21st century capital markets will be defined by their response to climate change. But with great change comes great opportunity, so as our partners in the Gulf seek to diversify their economies, the green finance sector offers an exciting opportunity to lead the world in reshaping the global economy.

Clearly, politicians have a crucial role to play in addressing this transition, in setting the agenda, raising public awareness and – as we saw in Paris at the end of last year with Conference of the Parties 21 – in building international consensus. Many non-governmental organisations have long championed moving towards a low-carbon economy and authorities such as the G20 have put environmental concerns at the top of their agenda.

Yet the success or failure of these efforts lies with those individuals and institutions willing to back new technologies and infrastructure projects. This means the creation of sufficiently deep, liquid and resilient markets for them to access green products and services, and enhancements to transparency and accreditation standards so that investors have the greatest confidence in green products.

It also lies with our ability to build lasting partnerships. I have recently returned from a visit to Kuwait, Saudi Arabia and the United Arab Emirates. During this visit, there were many fruitful conversations about the burgeoning appetite for ambitious new projects that will move the GCC away from a reliance on oil-based economies towards a more sustainable future. Against the backdrop of market volatility and falling oil prices, many of the politicians and business people I spoke to emphasised the importance of economic and financial diversity, and are keen to work with the City of London to achieve it.

It makes perfect sense for the GCC and the City of London to work together and drive this forward: Gulf countries are as richly endowed with renewable resources as they are with hydrocarbons. They benefit from sunshine and the space to develop large solar power plants. The region also has significant wind resources, geothermal energy opportunities and biomass from urban waste.

A trend for increasingly ambitious projects is being witnessed across the region: Abu Dhabi’s carbon-neutral Masdar City, Saudi Arabia’s solar heating plant in Riyadh, Dubai’s plan to construct a 1GW solar park, and Qatar’s Solar Schools project are just a few indications that the region truly is undergoing a green energy revolution.

These projects are being supported by renewable energy targets, innovative research and development, and a clear determination to lead the transition toward a low-carbon economy. This is evidenced by the National Bank of Abu Dhabi’s recent creation of a $10bn green credit line for investment throughout the Middle East, Asia and Africa.

London – by virtue of its world-class financial expertise and global reach – is already among the premier venues for the provision of green services. In the last year alone, we have witnessed landmark green bond issuances by the Agricultural Bank of China, International Finance Corporation and Transport for London. And the total capital mobilised by the Green Investment Bank surpassed £10bn, supporting low-carbon projects across the UK.

But there is more to be done. The green finance sector remains in its infancy, miniscule by comparison with conventional bond and equity markets and held back by a mixture of complex technical challenges and market uncertainty. These are precisely the problems that ‘the City’ has worked hard to overcome in recent years in relation to both Islamic finance and renminbi internationalisation. And we believe much could be done to advance the green finance sector too. Indeed, green finance dovetails neatly with the ethical requirements that underpin Islamic financ, and many green products available in Britain are already Shariah compliant.

As Ban Ki-moon made clear in Paris, “green business is good business” and global capital markets represent a key tool in the race to significantly reduce carbon emissions and raise resource efficiency. By raising capital for green projects and investing savings in low-carbon infrastructure, the global financial sector can drive the transition toward a low-carbon economy and accelerate its momentum through innovation, and client education.

The green revolution is here to stay and the outlook is an exciting one. I am confident that by working with our partners in the Gulf, we can create a clean-energy future not just for the GCC but also for the world beyond.

Jeffrey Mountevans is the Lord Mayor of the City of London