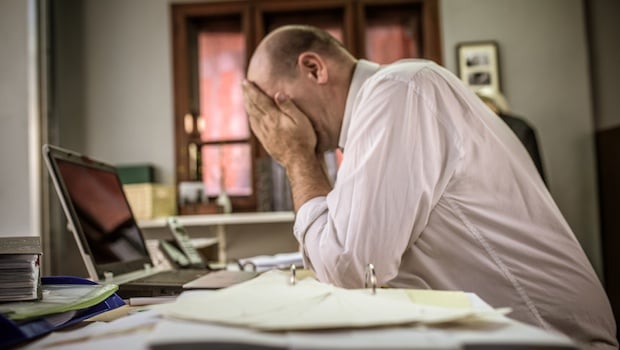 While medical understanding of mental health has grown rapidly over the past decades, general awareness and productive attitudes towards it continue to lag behind.

It is no doubt an equal opportunity condition that affects men and women of all ages and backgrounds, yet it has and likely will always remain a very taboo topic – which often presents a rather considerable challenge for both sufferer and those connected to the individual.

And when it comes to mental health and the workplace, the challenge can become particularly thorny. On one side that very taboo nature of the topic often leads to the individual choosing to keep the concern hidden from the employer; and on the other there is a considerable lacking in most corporations in terms of a supporting infrastructure that would at least provide the means for the sufferer to seek out support should he or she choose.

In no way intending to appear callous towards those afflicted by such conditions, in this article our main focus is on the cost of these conditions to a corporation, and why organisations therefore need to find ways to do more to address the issue of mental health in the workplace. Research has demonstrated time and again the colossal toll mental illness takes on businesses in the form of absenteeism, presenteeism or reduced productivity, unnecessary staff turnover and much more.

Drawing on figures out of the UK, we can see that mental health in the workplace is estimated to cost the economy upwards of £70bn a year. The extent of the problem was recognised by a number of leading organisations, including BT, Bupa, RBS, Mars, and Procter and Gamble, who several years ago founded Workwell Mental Health Champions Group.

The aim of the group is to raise awareness of the problem of mental health at work so that addressing it “carries the same strategic importance at board level as planning for staff physical health.”

It’s clearly something that should be on the minds of all employers in the UAE, and not just for the purpose of addressing the financial impact of such conditions: Companies also need to be a part of the initiative that aims to tackle the issue by laying a better overall foundation and infrastructure – one that would enable sufferers to feel more comfortable about the option of turning to their employers for help and support.

Mental health and the UAE workforce

A study published last year showed that the majority of UAE employees were fearful of revealing mental health issues to their employers, lest they be marked out as ‘weak’. As a psychologist at the Carbone Clinic in Dubai Dr. Deema Sihweil said at the time: “It is an extremely common occurrence for patients to seek psychological services without informing their employers, for fear of being ostracised, held back from promotions, or even fired.”

And yet depression and anxiety are in fact among the top causes of ill health in the UAE, with figures suggesting that 4-5 per cent of the population suffer from clinical depression. The size of the problem here is only exacerbated by a general lack of medical support, with not enough psychiatrists and mental health specialists to meet patient demands.

When studying the issue of mental wellbeing in the UAE, we must look at the unique situation that is the workforce in this country – with a specific reference to the fact that some 85 per cent of the population is made up of expats working in unfamiliar conditions.

Add to this the reality that a very large number of those expat workers are separated from their families, come from very poor backgrounds, and are lacking in education and proper communication skills, and we see a recipe for a problem on a much larger scale. It is indeed a very recognised issue, with doctors in the region repeatedly calling for better access to counselling for overseas workers, noting that far too many cases are simply going untreated.

It is also worth addressing the issue of what I can only describe as an “extreme working culture” in the country. There is a general sense among many that we are simply trying to get too much done within the hours we have – and that those working hours are anyway extending well beyond the reasonable for employees of all types.

Surveys by YouGov over the years have repeatedly highlighted the problem in the UAE. Findings from a 2013 study revealed that 60 per cent of UAE residents reported feeling stressed, with work-related issues and the inability to maintain a good work-life balance cited as some of the leading causes of rising stress levels. Another survey by Towers Watson from several years back also highlighted the problem of a stressed workforce, with almost half of those surveyed claiming to be under excessive job pressure.

And no doubt it quickly becomes a vicious circle for many. Long hours and short breaks lead to minimal sleep, poor diets and little exercise – factors, in other words, that only make things worse. When we are talking about maintaining a basic level of mental wellbeing, the very simple fact is that physical health is tightly linked to mental health.

If we look at some of the statistics of the effects of mental health and the workforce around the world, we quickly get a feel for the extent of the problem. To list just a few of the more revealing ones:

• The CIPD’s Absence Management Survey out of the UK revealed that two-fifths of organisations saw an increase in mental health problems in 2012, compared with only one-fifth in 2009.

• Also out of the UK, the Office for National Statistics data shows that sickness absence caused by stress, anxiety or depression had increased to 15.2 million days lost in 2013, up from 11.8 million days in 2010.

• According to the National Institute of Mental Health, the leading cause of absenteeism in the United States is depression.

• Figures from the World Health Organisation (WHO) suggest that between 35-45 per cent of absenteeism from work can be attributed to mental health problems in many developed countries.

• According to the American Psychiatric Foundation, presenteeism (reduced work performance) takes a much larger toll on business than absenteeism.

As we can see from some of the above figures, the situation seems only to be getting worse. Indeed, looking just at depression, figures from the WHO reveal that it was the fourth leading contributor to the global burden of disease in 2010, and by the year 2020 it is projected to reach second place in the ranking of disability-adjusted life years calculated for all ages.

So now to the big question: What, if anything, is the responsibility of the corporation in all of this? Well make no mistake, it certainly has a duty to get involved given the prevalence of both clinical mental illness, as well as what we can describe as a generally poor state of mental health among too large a sample of the workforce (due to stress and other factors).

It starts, as you can imagine, with the obvious. Corporations must, when evaluating insurance coverage for their employees, understand what specific support is available for mental health conditions and concerns, ensuring a comprehensive cover for their staff.

Beyond that, companies need to set up the infrastructure and make clear how such support is available and how to avail of it. On this point, however, it is paramount that corporations appreciate the sensitivities involved in what is clearly a taboo subject. This means that the support network or the methods for accessing it must be set up in such a way that the individual seeking care is doing so on his or her own terms, and is the one controlling what gets shared with whom.

As for addressing the broader picture of workplace stress, this is something I believe can be done with much more openness.

For example, it can include group wellness initiatives and education, the sharing of information and coping techniques among staff, and just about any type of activity or strategy that could be considered part of a “culture of openness” for addressing the elephant in the room.

And so that we are very clear, that “elephant” is the reality that stress is part of everyone’s life, and it affects just about all of us on the personal and the professional front. To ignore it is to ignore a fundamental challenge of being human.

The good news is that we are witnessing some strong steps forward in this respect in the region. According to a recent study by Willis Towers Watson in the GCC, 45 per cent of employers currently have a workforce health and productivity strategy in place (well above the global average of 37 per cent).

The impulse for many of these initiatives is surely driven by the stress problem, which is identified as the top workforce health issue in the GCC (at 70 per cent). In fact, the survey revealed that 45 per cent of companies are planning to specifically implement a stress management programme in the coming three years, with 33 per cent preparing to offer a counselling employee assistance programme.

Any company working to be a part of the solution is working towards a win-win scenario.

Supporting employees to better manage not just mental health but health in general is about better managing the health of the business. Companies with effective health and productivity initiatives consistently achieve more revenue per employee and higher shareholder returns.

So in taking better care of your employees you are taking a strategic business decision that directly and positively affects your company’s top and bottom line.