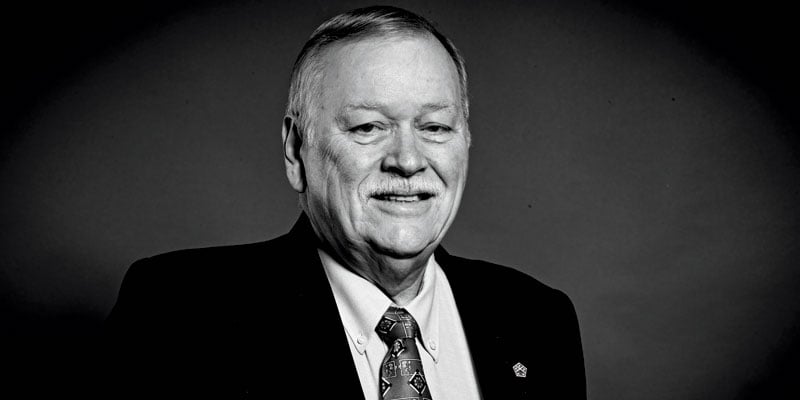 An MBA from an accredited institute helps executives feel at ease in a boardroom because of the confidence knowledge brings, explains Dr Ron Bradfield, director of Strathclyde Business School UAE

The Strathclyde Executive MBA is a two year part-time programme comprising of 14 subjects, four workshops and an MBA dissertation project incorporating research methods, which is the final part of the MBA programme.

There are two semesters each year, April and October. Students are provided with tutorials and seminars for all subjects delivered by resident academics or fly-in faculty, text books and course workbooks, core learning materials, and online access to the Strathclyde University library, one of the biggest university libraries in Scotland.

With MBA degrees becoming commonplace across the world, do they still hold value for executives in the corporate world?
Yes they do, indeed. We’ve seen this with people that work for national companies like ADNOC or others, that they get promoted because they can suddenly make sense of things. We have a graduate, who’s on the board of a company, and he describes his MBA this way – “You know, the value of an MBA for me was when I was in a board meeting and the finance guy was talking about P&L or the marketing person was talking about blue ocean marketing strategy. And I knew what he was talking about because of my MBA; I understand the language now and the MBA gave that to me”.

There are so many articles written about the death of the MBA, but I don’t believe that because while the numbers may be down, it has little to do with the MBA; it’s to do with two things, namely the perceived state of the economy, and the plethora of programmes that have entered the market in recent years.

My opinion then is that there will be a lot of MBAs that are going to disappear from the market because they’re not really valuable, and we are already seeing signs of this in the USA and UK. Every year, we get two or three students who applied to us, then went somewhere else because it was cheaper, but then they left and came back to us because of a bad experience.

How is the education market in the UAE and wider region currently faring?
The UAE market has become very tough in the last year, due largely to the economic uncertainty. With some possible exceptions, everybody’s application numbers are probably down and some institutions have even closed – it’s inevitable, because while there isn’t enough demand new universities are still coming onboard.

For Strathclyde, we have this model where we have eight international centres. So when one centre is down, another is up so it compensates to maintain the overall balance. For instance while there has been a decline in applications in the UAE, our centre in Bahrain is doing exceptionally well, not only because of the local market, but also because many Saudi students come across to study there.

What do you offer that’s different from other MBA institutes?
There are a number of things. The first and most important from the student’s perspective is that Strathclyde holds all three major, most sought-after international accreditations – EQUIS, AMBA and AACSB. There are currently only 90 business schools in the world that hold this so-called “triple crown” accreditation. In the UAE, we are also accredited by the UAE Ministry of Education, and our programme is approved by the governments in the international centres.

The second is that the Strathclyde MBA is an old and well-established programme, having been launched more than 50 years ago. It was the first one-year MBA in Britain and one of the first to go offshore. The third is we offer the only MBA in this part of the world that has four courses on ‘strategy’ with a keystone course in which students working in groups consult for three days to a real-world client, which is unique.

The fourth is that while we teach a lot of technical stuff and students need to understand theory, we do not expect them to memorise it, we assess students based on the practical application rather than a regurgitation of theory, and we teach them to think more broadly – which is not the same for every MBA in the market.