Why The Best Gulf Banks Are Undervalued - Gulf Business 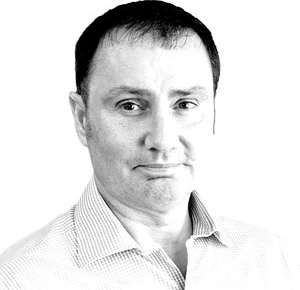 One of the problems for foreign investors in Arabia is that so little is available for them to buy in local stock markets. Free floats are often small and even these stocks are restricted in terms of foreign ownership that must not rise above 49 per cent even in the relatively open United Arab Emirates.

Yet with local economies booming thanks to a combination of high oil prices and an increased propensity to spend domestically by rulers worried by the Arab Spring and wanting to stay popular, it just has to be an anomaly that local stock markets are trading close to seven-year lows with valuations at mouthwatering levels.

Of course the worry is that what is cheap can still become cheaper. The ArabianMoney investment newsletter subscribes to that theory. It reckons the chances of an October blow out in global financial markets are high and would drag the Arabian bourses down with it. That would take the Gulf markets to generational lows in terms of valuation and make them an amazing buy. Why?

Because the upside is so large and the chances of getting there quickly are excellent… OK, so oil prices would also drop in a financial market collapse. But as we saw in 2008 this will only be temporary because of the underlying demand and constraints on supply. Thus the temporary setback is a great buying opportunity.

It will likely be the opportunity to buy some of the strongest banking names in the Gulf at historic lows for their shares. Some of these banks are among the most highly capitalised in the world in one of the few countries of the world with a net creditor economy, that is to say a positive debt balance with the world owing it far more than it owes the world.

It is no coincidence that HSBC has been buying up banking assets in the region at a time when it is downsizing its base in markets as diverse as Russia and the USA. In recent months HSBC has bought a stake in the Egyptian investment bank EFG Hermes, a bank in Oman and the Lloyds TSB retail operation in Dubai.

Individual investors could do worse than follow one of the world’s largest banks and do the same. But like HSBC you need to be highly selective in what you buy and only buy the best of the bunch.

The reason for that is pretty simple.

After the global financial crisis hit almost four years ago the Gulf banks were left in a precarious position by the simultaneous bursting of a local real estate boom.

The IMF estimated Dubai’s total government and government-related debt in excess of $115 billion. Since then there have been a string of successful re-financings, the biggest was signed off a year ago last month, $25 billion for Dubai World, holder of the debt for its property development arm Nakheel.

Meanwhile, the Arab Spring and record oil revenues for the region have been manna from heaven for the Dubai economy. First came the regional tourists who have nowhere else to go that is safe. Then the exiles from the Arab Spring countries in search of a safe haven arrived, and a massive increase in regional salaries and public spending to keep local populations happy.

Trade boomed again in Dubai as the regional business hub, the hotels have filled up, aircraft are full, even real estate prices have started to go up again. What we still don’t know is where absolutely all the skeletons from past bad lending practices are buried, so stick to investing in the biggest banking names and you should not go too far wrong.