Why is customer service still a problem for Dubai banks? - Gulf Business 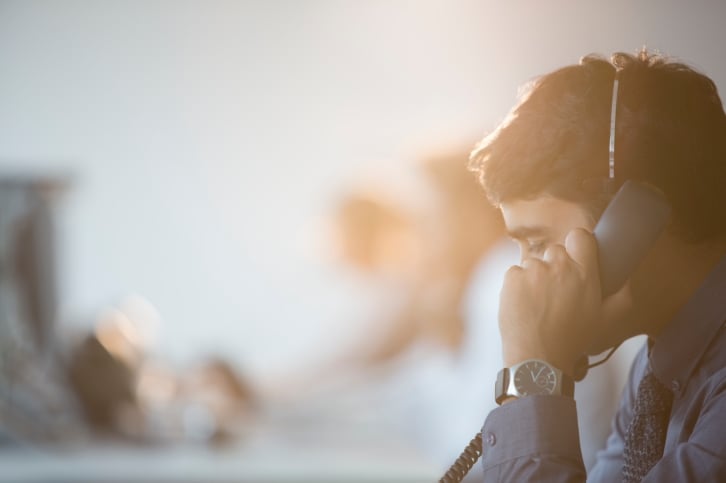 Several Dubai residents will agree that in the last two years, the pre-financial crisis practice of cold calling by banks has re-surfaced.

Although banned in the United Arab Emirates, agents persistently pitch credit cards and personal loans and a whole bunch of other products.

On a personal level, I have tried to fend away the calls by asking to be placed on a ‘no-call’ list. While I still receive calls, the frequency does seem to have reduced marginally.

On the other hand, when I have actually required a product, response has been slow and service has been appalling.

Case in point: I have only ever had one credit card and continue to pay an annual fee without any real benefits. I chanced upon the same bank offering the card as ‘free-for-life’ in a mall and hence called the bank to check about mine.

“We are very sorry ma’am, but we can’t change this card to free-for-life, but we can offer you another card which is free-for-life,” the agent informed me. Not surprisingly, the card being offered had even fewer benefits than my existing card. Despite my immaculate credit record, they couldn’t waive the fee, he said.

Hence I decided to look at new avenues and applied for credit cards with two different providers online. Here’s what happened next.

The first bank got back to me soon after I applied. I completed all the formalities with the agent, provided the required documents and then he fell silent.

Having heard nothing from the bank for a while, I called the agent. He assured me that the bank was just processing the data and I would receive the card in a few days. After berating him for not keeping me informed, I hung up.

Just as he promised, a post from the bank arrived in a couple of days. I opened the mail, and the wrong card stared back at me.

Frustrated, I again called the agent and apparently, he was fully aware of the switch. Instead of apologising, he gave me some spiel about how I couldn’t receive the card for which I had applied since my company was not listed. But it hadn’t struck him to inform me about this issue before they sent the wrong card to me.

Fed-up by this point, I cancelled the card and have decided never to approach this bank again.

With regards to the second card that I applied for, I received an email almost immediately from the bank saying an agent would contact me within 24 hours. Over a week later, I was still waiting for the call.

Thankfully, social media came to my rescue and soon after messaging the bank, a customer service agent got back apologising for the delay. The process was quickly initiated and the agent has been responsive so far. Fingers crossed my card (the right one) arrives soon.

While this may sound like just one person venting, poor customer service has become a common gripe among bank customers in Dubai.

A banking industry associate was recently telling me how he went through a similarly painful experience when he applied for a credit card.

His explanation for the poor service? The banks/agents simply don’t care. And on the other hand, customers remain loyal because of the hassle involved in switching banks.

All the top bank executives we regularly speak to unilaterally acknowledge that service is the only way to stand apart from competition and succeed. Yet that philosophy and culture does not seem to have seeped through to the agents who actually deal with the majority of their customers.

Lenders may be getting away with it at present. But with most of their next generation customers using social media to influence their decisions, local banks may have to step up their act if they want to keep the money coming.

Aarti Nagraj is the news editor at Gulf Business