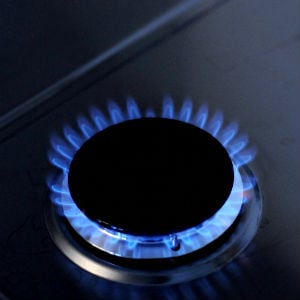 With the rapidly rising importance of gas to the Middle East’s hydrocarbons producers, it’s as if natural gas is the new oil. Ever-increasing quantities of gas are required to fuel the GCC’s economic ambitions; whether for power generation, petrochemicals feedstock or industry. In short, all the major gas reserves owners in the region are struggling to meet gas demand, except Qatar.

It will be some time before the acute crisis in the Middle East’s gas industry resolves itself. Lack of willingness to value hydrocarbons at market price instead of extraction cost is at the root of the region’s gas shortage. Subsidised electricity is another factor. Quite simply, the price at which gas is sold intra- regionally is not sufficient to fund new exploration and recovery.

It is easy to see how this problem has come about. Mindful of buttressing their authority, Middle East governments have for decades given local populations steep discounts on gasoline at the pump or oil for industrial projects. This mind-set then permeated the gas industry, as the realisation dawned in the past decade that gas was too valuable to flare, or burn off without being put to use.

As a result, early gas deals, such as the Dolphin Pipeline from Qatar to the UAE and Oman, seriously under-priced gas in today’s context. The UAE paid between $1.25 (Abu Dhabi) and $1.50 (Dubai) per million British thermal units (mmbtu), a common unit of industry measurement, while Oman was charged $1.44. Last year, a senior UAE official put the cost for unconventional gas extraction at $8.00, while LNG Far East spot consignments today have reached prices of over $16 per mmbtu.

MIDDLE EAST AND THE GLOBAL SUPPLY

These exports look unlikely to be matched by similar gas consignments to the international market, at least until the full potential of liquefied natural gas (LNG) is realised. It is unlikely that the Gulf Cooperation Council, and especially global oil swing producer Saudi Arabia, will act as guarantors of global gas supply for some time: while the Middle East owns 54 per cent of the world’s oil, producing 30 per cent of output in 2010, according to the BP Statistical Review of World Energy, it only commands 41 per cent of global natural gas, and in 2010 produced only 14 per cent of total output.

Blessed with a staggering 13.5 per cent, or 25.3 trillion cubic metres of global natural gas reserves located in the offshore North Field, next to Iran’s South Pars Field, Qatar is the exception. Its GDP per capita is over $98,000, which is largely shared among a local population of 300,000 people. Qatar accounts for about a quarter of global LNG flows through its 54-vessel LNG carrier fleet.

The UAE and Kuwait are importing LNG from Qatar and the tight domestic supply-demand balance in Saudi Arabia means it may have to consider the same step soon. Saudi petrochemicals plants are missing their feedstock allocations and the rate of new natural gas exploration is slow.

In addition, with the sanctions noose being tightened on Iran, holder of the world’s second-largest gas reserves, exports in significant quantities from that country remain a pipe dream. Indeed, Iran’s intransigence has cost it a huge opportunity to develop the South Pars field and slug it out with Qatar by setting up LNG terminals at Asseluyeh, believed to be its favoured future location.

Iran’s inability to develop gas due to a lack of technological know-how is costing it dear. Casting around for a solution, its acute lack of automobile gasoline means it is converting cars to run on compressed natural gas. Until global manufacturers find a pretext to come to Iran’s aid to help develop the business – and that will not happen soon – Iran’s desire to develop its gas assets for export will remain unrequited.

The global natural gas picture is of increasing discoveries of new resources, and a marked contrast is evident between the static markets dictated by the near 70 per cent implied domestic use, and the growing prominence of LNG at the sharp end of world trade. World consumption stood at over 99 per cent of world output, making for a tight market. Exports totalled just over 30 per cent of world output of which some 21 per cent was delivered by pipeline, and LNG at just under 10 per cent.

LNG has certainly shaken up the world gas market. Traditionally difficult to move around in large quantities, until the arrival of this highly sophisticated and largely seaborne market, gas is coming of age. Domestic markets are set in their ways and even international pipeline projects rarely cross more than one border. LNG is attracting a good deal of interest because the prices it commands are a significant multiple of the more traditional delivery methods – and Qatar is at the heart of this.

Emerging markets are becoming key exporters: the Middle East (Qatar), Asia-Pacific, largely in the shape of Indonesia, Malaysia and Australia, and Africa (Nigeria, Algeria and Egypt).

Conversely, the developed world regions of Europe and Asia-Pacific are the big importing locales. The Japanese tsunami in March only placed added emphasis on Japan’s status as the largest LNG importing nation.

The US is in limbo, because a decade ago, it could not build LNG receiving terminals fast enough. Qatar’s original strategy was to export one-third each to the Americas, Europe and Asia. Shale gas has been the US’ great game-changer this decade. Vast quantities of gas have been at lower depths in the US, forcing it into a long-term position of being an exporter.

However, massive infrastructural challenges remain, before it turns these terminals into export-capable facilities.

The pricing in the world market is striking. The US spot price has been hovering around the $4 per million British thermal units (/mmbtu) mark since 2008. Far East spot cargoes for November commanded rates touching $17/mmbtu, and went double-digit the same year as US prices hit their lows. The Japanese disaster spurred LNG exporters to limit long-term (20-year) contracts to around 85 per cent of output, so that they could take advantage of sudden need.

Qatar, at 2010 exports of 75.75 bcm, accounts for three-quarters of Middle East exports and will remain a key global player even after Australia comes into its own in mid-decade. The tiny Gulf state produced 26 per cent of global LNG in 2010 and analysts expect it to account for 30 per cent of expected global LNG in 2011-2015, when Australia’s exports pick up.

Qatar offered Japan LNG to mitigate the nuclear disaster. Analysts estimate that Japan will need an additional 5 bcm in 2011, 10 bcm in 2012 and 4 bcm/y from 2013. As Qatar ramps up production to 104 bcm/y in 2011-2012, it
will provide a majority of this increase. China has contracted 40 bcm/y and will therefore need Qatari LNG as its requirements grow. China will then turn even more to Australia, the next big exporter beginning in 2015, set to become world’s second-biggest by 2020.

Morgan Stanley is predicting a surplus in LNG markets until 2015, when growing Chinese use, set to overtake Japan’s by 2020, global power, petrochemicals and industry, and regional factors.

“After 2015, we forecast the dynamics to change; US unconventional gas production growth should still be a feature, as will new Australian liquefaction capacity and higher pipe imports to China, but we expect that Chinese local production increases will become less material,” says Morgan Stanley. “In our base case these LNG market ‘looseners’ will be more than offset by the combination of continued strong growth in Chinese (and to a lesser extent Indian) gas demand, European and US conventional producti
on declines, and rising European power generation demand.”

How the rest of the GCC must envy Qatar. Not only does it have more gas than it knows what to do with, but it has invested in the highest segment of the global gas value chain. The UAE cannot have failed to notice that when it went for a sweetheart GCC gas deal, for Qatari LNG, over half a decade after Dolphin, its request fell on deaf ears. It was invited to pay the international rate of around $11. At 10 times the price of Dolphin, it’s the kind of deal to avoid, unless you have absolutely no choice.