Why Dubai businessman Dariush Soudi is confident about future success

Sitting in plush chairs in a discreet little corner at the Capital Club in Dubai, I felt like I was listening to the script of a Hollywood movie. Sat opposite to me was Dubai-based businessman Dariush Soudi, whose personal journey so far has all the ingredients that make for a typical blockbuster.

A tough early childhood in Iran; being bullied in school in England because of his dyslexia and accent (which only toughened his resolve to succeed); setting up a successful business in the UK; attacked at knife-point within his own house (with his children thankfully behind closed doors in their rooms); the trauma causing a life-threatening heart attack; arriving in a new country (the UAE) with no money to start life anew at 44; surviving on two cups of coffee and a doughnut every day for six months; and the journey back to becoming a prosperous entrepreneur.

No, I did not make up any of that.

Talking animatedly with a smile on his face, Soudi – who regularly posts inspirational messages on social media addressing his audience as ‘gladiators’, says he realised the fragility of life very early on, which has made him take risks that not many can easily shoulder.

“I am quite comfortable with taking risks, because what’s the worst thing that could happen – you could die, right? But that could happen anyway, so you can only give it your best shot,” he says. Having resolved early on that he wanted “the best in life”, Soudi says he pursued that path towards gaining wealth and abundance. Hence, although he lost all his fortune after his first entrepreneurial stint in the UK, he was determined to find success once again – this time in Dubai.

“I arrived in Dubai with $750 in my pocket. So, the year before I was buying Ferraris with cash and credit cards. A year later, aged 44, all I had was $750. [I arrived in Dubai] just after Ramadan in September 2009. Before that everybody was talking about the success of Dubai, but after September, we had the global financial crisis. So people thought I was crazy [moving into Dubai at that time to set up a business]. The funny thing was that I didn’t even know what I was going to do. After I landed, I thought about what I’m good at. And I’m good at setting up businesses. So, I became a consultant. Before September 2009, everybody was making money and so they didn’t need a consultant. But as soon as the recession hit, people needed some support. So, what was a really bad time for everybody else was a good time for me,” he reveals. 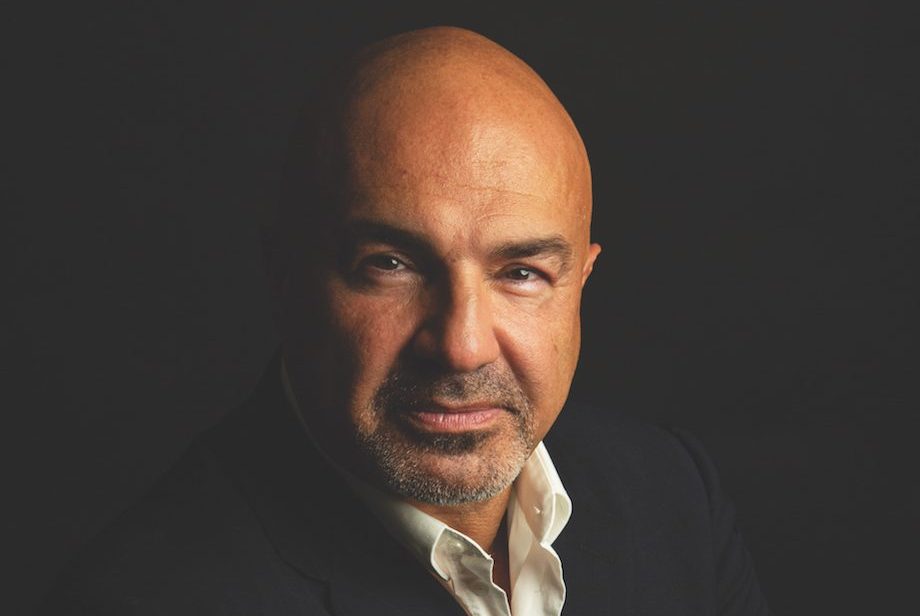 The process of establishing himself was no easy task – Soudi says there was a time when he survived on just two doughnuts and a coffee a day since that was all he could afford. Undeterred, he slowly established his business and set up his company – Be Unique Group – which has diversified operations in digital sales and marketing, employee training and retention, hospitality as well as recruitment.

The company also plans to expand operations into establishing event venues that can cater to huge audiences via video conferencing. The first such space – being set up in collaboration with a local conglomerate in Dubai – is expected to open before the end of this year.

But the business venture that is currently claiming the attention of the businessman is his cryptocurrency trading platform. Launched in 2020, it offers a range of cryptocurrency trading services, including spot, over-the-counter (OTC), futures, and margin trading products. According to Soudi, between January and June 2021, the platform saw trading values reach over $1.2bn with the amount growing on a monthly basis – from $272m in May to $458m in June. “We have great traders, but the main reason it’s been very successful is because we’ve been really good at customer service – if there are any problems, we just help them straight away.”

Block by block
The cryptocurrency market has gradually crept its way into the mainstream investment landscape, with its value topping $2 trillion for the first time in April 2021 – ahead of its rout in May this year. Tokens such as Bitcoin and Ethereum have been the stalwarts driving the ecosystem’s growth, although extreme volatility – Bitcoin went from roughly $24,000 in December 2020 to a record high of around $65,000 in April and dropped back to roughly $29,700 in July driven by comments from Tesla boss Elon Musk and tightening restrictions in China – has caused concerns among some investors in recent months.

But the fundamental technology driving the adoption of cryptocurrency – blockchain – is here to stay, with government and private sector pioneers across the world understanding the benefits of using a digital, decentralised public ledger of transactions that is reliable, safe and transparent. The progressive GCC states – particularly the UAE and Bahrain – have announced ambitious plans to accelerate the use of blockchain in their dealings, as they transition towards innovation and knowledge-driven economies.

The Emirates Blockchain Strategy, launched in 2018, aims to transform 50 per cent of government transactions into the blockchain platform by 2021. By adopting this technology, the UAE government expects to save Dhs11bn in transactions and documents processed routinely, 398 million printed documents annually and 77 million work hours annually. Meanwhile the UAE KYC Blockchain Platform, set up in February 2020 by Dubai Economy in partnership with member banks, is a national ecosystem for the exchange of verified “know your customer” data between licensing authorities and financial institutions.

In May, Dubai-based freezone DMCC also launched its new Crypto Centre to support businesses operating in the cryptographic and blockchain sectors. Located in Almas Tower, the DMCC Crypto Centre offers co-working spaces for all types and sizes of crypto businesses, including those developing blockchain-enabled trading platforms to firms offering, issuing, listing, and trading crypto assets. A month later, the Bitcoin Fund – from Canada – listed on the Nasdaq Dubai exchange, becoming the first of its kind to trade in the Middle East.

As the region sees growing interest in the crypto space, Soudi is keen to leverage untapped opportunities with his new platform. But according to him, what makes it distinct from its peers is that the platform enables traders to become shareholders of the ecosystem and benefit from the generated revenues. 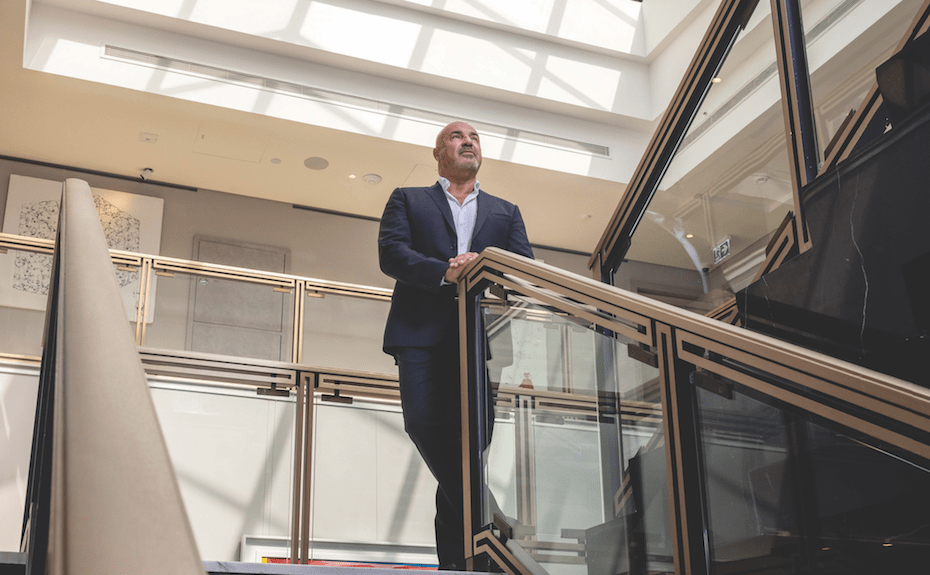 Revolutionising returns
“We felt that we needed to have more of a unique opportunity to exponentially grow this platform. So we decided to create our own tokens. Every time a person trades on the platform, they actually get compensated in our tokens. At the moment traders are just paying out commission to all the exchanges in the world. In our case, whatever they pay, they get back in tokens – as in shares – in our platform, so that will incentivise them to trade more,” explains Soudi.

The tokens are valued at 10 cents each. As part of the first phase of launch, they are being offered at 2.5 cents, with the price set to increase to 5 cents in stage two and 7.5 cents in stage three. Once the platform raises all the capital it requires – $10m – then the token’s value will reach 10 cents, with the market valuation post that set to be determined by trading volumes. Trading of the token will begin on the platform from September 1.

“Unlike other exchanges, every time you trade, we give you tokens. Hence we are offering trading tokens – it’s never been done before. So unlike other businesses where you see gradual growth, we are looking at massive and fast growth because we are already [seeing trading values] of $1.2bn in six months,” elaborates Soudi. Dividends to traders and investors will be paid out on a daily basis.

At the moment, the platform has 40,000 registered traders, primarily from Far East, Europe and South America. However, Soudi has his eyes set on this region as he strives towards a much more ambitious target. “I’m hoping to get at least half a million traders [by the end of this year]. There are 56 million traders on the planet. We are looking for more traders, but we don’t want retail, buy-and-hold type of traders. We want hedge funds who have millions and trade on a daily basis, we’re looking for small investors who can help us grow with marketing so that we can just grow exponentially across the world.”

The platform currently enables the trading of over 1,000 tokens, with Bitcoin predictably seeing the most movement, followed by Ethereum.

Talking regulation
A contentious topic that has come to the forefront in recent years is the lack of regulations governing the cryptocurrency space. While some governments have started to provide regulatory frameworks and issue licences – including the likes of Abu Dhabi Global Market (ADGM) and the Bahrain Central Bank – Soudi says they do not intend to apply for local licences.

“We believe the future of finance will be decentralised finance (DeFi) and regulators around the world are trying to keep up with pace of development in the space to regulate it. We are following their progress and determined to be compliant once any legal framework is released,” he stresses. On its website, the platform also clearly states: “Our mission has much to do with the adoption of DeFi principles.”

Adds Soudi: “The traders on our platform how the project should evolve. So it’s not in the hands of one or two people – we are going to be a community-owned exchange, so everything is very transparent, and everything is community-led for the good of all the shareholders and stockholders.”

Looking ahead, he projects that the value of the token will grow by 40 times in the next two years. “I see that we will go from $500m a month to $500m a day [in terms of trading values] …I’ve been doing business for 35 years and I have never this kind of turnover, it’s just crazy,” Soudi adds.

A different future
One of the key lessons that the Covid-19 pandemic has taught us is technology’s ability to rapidly disrupt and transform the way we live and do business. And with blockchain seeing strong adoption worldwide, it’s abilities to support economies and people is growing. Analysis by PwC late last year found that blockchain technology has the potential to boost global gross domestic product (GDP) by $1.76 trillion over the next decade.

“The future of blockchain technology is very bright, and I do believe I can use it to help the world. We can provide wealth and spread wealth all over the world, where – briefly – we were all contained by who we knew and what we knew within our borders. Now we can actually share wealth, we have got know-how and knowledge about wealth and all this information can now be shared and rewarded using blockchain technology. So with this I can actually contribute to humanity, and a better future,” says Soudi.

Focusing his attention on his crypto business will also afford Soudi – who regularly dons the hat of a motivational speaker – more time to travel across the world. “On a personal level, I can travel the world and do more lecturing, motivating, inspiring and educating and spend less time in the office, running my bricks-and-mortar business. It’ll free me after 35 years of business to go and educate young entrepreneurs on how to make money and prosper – they don’t have to be one of the 80 per cent of companies that go down in the first year. I did a talk some months ago and it’s gone viral in America. So, the plan is to get back on stage again and educate the masses on abundance and prosperity.”

His secret to success? “My journey has been one of relentless learning – if you are constantly learning, you will get to where you want to be.”

The SME Story: Ahmad Coucha, co-founder and CEO of FlapKap