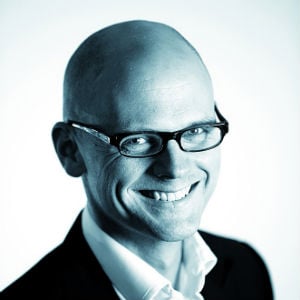 Except when when my 14 year-old daughter lectures me on what is ‘in’ and what is not, I don’t usually pay much attention to what’s going on in “Teenagerland”. It’s just too exhausting to keep up.

However, one of this autumn’s most successful viral videos really piqued my attention when it filtered into our household. Because it contained one of the best short presentations I’ve seen this year – with plenty of lessons for anyone who wants to influence people.

What was even more amazing was that it was an acceptance speech, which is not usually where you’d experience a tightly structured, clearly articulated address.

The event was Nickelodeon’s 2013 Teen Choice Awards – the equivalent of the Oscars for teenagers. They’re a big deal State-side, where US teens cast more than 150 million votes in support of their favorite celebrities from film, television, music, sports and fashion in the 2013 edition. It’s fairly safe to say that viewers probably don’t tune in in the hope of hearing insightful advice about the importance of hard work, perseverance and dreaming big. But that’s exactly what they got from Hollywood actor Ashton Kutcher, the recipient of a lifetime achievement award.

Kutcher delivered a four-minute speech that provides a textbook blueprint to anyone who ever needs to make a presentation, with a clear and strong structure, content that was tailored to the audience, delivered with passion and energy.

Kutcher used a classic structure: three points, each delivered in a ‘sandwich’ structure. This is a simple presentation technique in which the main point is repeated at the beginning and the end of each section of the presentation, with the supporting evidence – facts, examples, stories, lessons learned – acting as the ‘filling’.

This is a story in miniature, his teenage audience can all identify with being 13 years old and the story of repetitious jobs paints a picture of what hard work looks like in a teenage world.

Next up: what lesson did he learn? That the work you do now provides the springboard for the next opportunity. “I’ve never had a job in my life that I was better than. I was always just lucky to have a job. And every job I had was a stepping stone to my next job, and I never quit my job until I had my next job. And so opportunities look a lot like work.” So he returns to his point.

He used the same structure for his second point. And used another ingredient for presentation success: surprise. “Number two: being sexy.” What on earth is a Hollywood actor going to say on this subject to a crowd of screaming teenagers?

At its simplest level, getting an audience to pay attention to your ideas is about surprise, about being counterintuitive. We engage people’s curiosity by systematically opening gaps in their knowledge – and then filling those gaps.

“The sexiest thing in the entire world is being really smart. And being thoughtful. And being generous. Everything else is crap!” Kutcher deftly violates his audience’s expectations with this. And for an audience of people who are on a process of discovering their identity and place in the world, it was perfectly judged. The equivalent of a group of executives having a “eureka” moment after a radical presentation during a vision, mission and values workshop.

The best presenters know that their words need to provoke a change. They want people to go away thinking or knowing something new and different and, possibly acting on it (the classic ‘call to action’).

Kutcher’s call to action urges teenagers to think big. “Life can be a lot broader when you realise … that everything around us was made up by people that are no smarter than you…So build a life – don’t live one, build one – find your opportunity, and always be sexy.”

Inspiring stuff that, as a father, I’m delighted for my children to be exposed to. Kutcher demonstrates how strong messages, delivered in a well-structured framework with energy and passion can have a global impact.