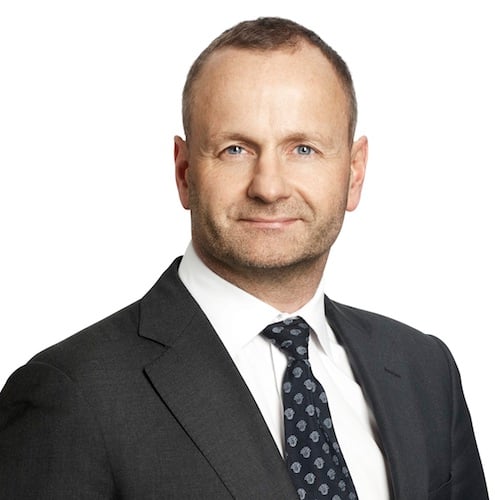 This is now officially a Greek tragedy.

In many ways, it is relatively easy to understand why the result was a ‘No’ from Greece. There is little to lose, as a ‘Yes’ to more austerity hardly was a great choice for a society on the brink of a social break down.

This does not change that I firmly believed Greece would say yes and unseat a government that is more interested in their own survival than the country’s destiny. What comes next politically is difficult to predict but markets are slightly easier:

• EUR/USD – that is the difficult one: I expect a weaker open, but if Greece is actually going to leave the Euro then it will be stronger by the end of week. For now I expect 2-5 per cent range in the first 24/48 hours

The real risk remains the illiquidity of the market. Do not forget that through government intervention (QE’s) in the bond market there is no two-way market. No market makers and no risk capital (due to capital requirement and regulation).

The big other risk is that banks will NOT re-open despite the assurances by Greek government on Tuesday. Will it lead to 30 per cent haircut on depositors as the Financial Times wrote over the weekend?

Comments are fast and furious – many gloating and playing games, but where is the long-term solution?

The solution where Greece gets a haircut but also make real commitments to redefining a new Greece. Syriza showed how powerful they are in an environment of ‘pretend-and-extend’ from Europe; the same pretend-and-extend is now dead. The change of macro policies always comes from failing. This is one of the biggest failings in Europe history.

The plan A was to do pretend-and-extend. Plan B was to use “carrot and sticks” and plan C was not to have a plan. Having no plan is not a plan, as it’s pretty obvious now, but it’s good news in the sense that someone now needs to own up to the loss which has been moved forward with no reforms, no structural changes and with no hope.

Zero hope, zero reform and zero willingness to change equals Greece of tomorrow, with no access to finance, very little friends and a future which is, if possible, is even more dire.

Europe on the other hand also lost – my classic argument since day one: the Greek tragedy is one without solutions. No winners, only losers. Europe looks inflexible and stubborn. Clearly we finance people understand and mostly agree with the medicine prescript, but at all times any policy needs to embedded in democracy and in the ability of carrying through on the plan. Europe as often before not failed but played for broke.

Syriza and Greece however probably lost more. The mere idea they will have new deal in 24 hours is pure fantasy as it has been every week when the finance minister promised us a plan by next week.

Like Europe, however they do not have a plan B or plan C. Only rhetoric and that with lines, which reminds me of Eastern Europe before 1989.

I love sports analogies as much as most people hate them: This is a football match being played without referees and rules now. Either team can claim to have won: Greece is claiming they made the highest amount of free kicks and that three free kicks against them equals a goal for Greece, while EU and ECB claims the fact they had more corners than Greece make them the winners. The point of course with no rules, no referees its anybody’s call, but of course, in a regular match these two sides drew nil-nil.

• Consensus is surprised by election

• Illiquidity is the big risk

• Grexit is now base case

• Market will see 5 per cent drop in equities, 20-50 in fixed income spread expansion, Eastern Europe will hurt more, uncertainty has increased (which market never likes), Greece banks will most likely remain closed, EUR/USD should drop 2-3 figures at the most, and it is a screaming buy now we have “reality” vs. talk, talk

Pretend and extend died on Sunday, hopefully it is replaced with a normal business cycle, normal ebbs and flows. While politicians will try to save face, trying to do just one more round of pretend-and-extend, but the patient has died.