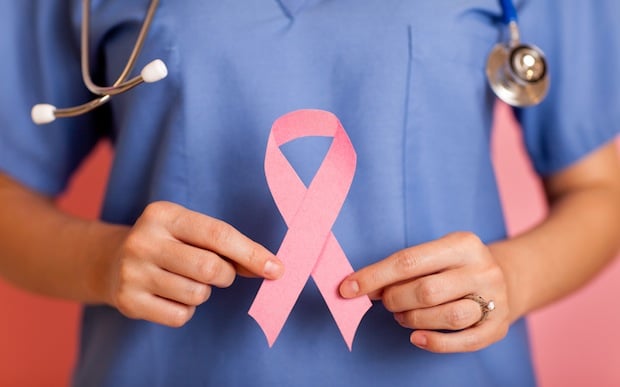 Breast cancer is still the most common cancer affecting women worldwide despite the amazing fund-raising efforts and awareness initiatives that go on every year.

It is also the biggest worldwide killer of women aged between 20 and 59.

According to the charity breastcancer.org, an estimated 246,660 new cases of invasive breast cancer are expected to be diagnosed in women in the United States in 2016. The journal Cell Biochemistry and Biophysics looked at studies including those carried out by GLOBOCAN (surveying the period between 2008 and 2012) that suggest the number of women diagnosed every year is increasing, as are the number of deaths.

Those numbers are somewhat mitigated by two factors – more people are living longer, and the ‘baby boomers’ are now reaching the age where there is higher risk of diagnosis. But the facts cannot be disputed and the conclusion is clear: Breast cancer continues to be the biggest cancer risk to women around the world.

So what is the situation regarding breast cancer awareness and treatment in the UAE? And is there a difference when we look at experiences of expat and Emirati women?

Overview: Breast cancer in the UAE

A paper published in PLOS ONE in 2014 focusing on ‘breast cancer screening awareness, knowledge, and practice among Arab women in the UAE’ focused specifically on the city of Al Ain. It noted that nearly half of women surveyed had never had a clinical breast exam and just under half who hadn’t had a mammography were unsure about the existence of such programmes.

The researchers concluded that low attendance to these programmes (and hence late diagnosis) was connected to some Arab women’s attitudes towards healthcare – there is a perception that the time to go to the doctor is when symptoms present. Yet this will affect the success of any screening programme as symptoms often only become apparent in more advanced stages.

The numbers are slowly turning around though – thanks in part to government-backed promotional campaigns. Like all cancers, the earlier the disease is detected, the better the chance of survival. In fact, survival rate is estimated at 98 per cent if the diagnosis is early enough.

So there is work to be done, but there is also cause for optimism – with Abu Dhabi taking the lead. In 2013, the Health Authority – Abu Dhabi (HAAD) noted that the ‘percentage of late breast cancer detection has dropped from 65 per cent in 2007 to 16 per cent in 2012.’ This is in part due to an increase in awareness schemes in Abu Dhabi.

In addition, the introduction of the Thiqa healthcare provision for UAE nationals covers breast cancer screening, and this has played a significant role in reducing the mortality rate among Emiratis. HAAD offers a comprehensive breast cancer care initiative that targets prevention as well as diagnosis, cancer treatments and palliative care.

There was, however, an increase in the mortality rate of breast cancer in expat residents. This increase has been linked with diet, lifestyle, the various programmes not reaching expat women, the transient nature of expat employment, as well as a shortage of health insurance plans that include mammograms and other early detection methods as part of their standard package.

Expat women would be advised to check that screenings (such as mammograms) are included in their health insurance. These services, if not included, typically cost up to Dhs500.

Educating your workforce: The role of corporations in the fight against breast cancer

We don’t know the exact causes, but there has been significant research into what puts a woman at higher risk. First, there are factors beyond anyone’s control such as age, medical history, family history, age of first period, and hormone levels.

But there are a number of areas that can be addressed: Controlling weight, lowering alcohol consumption, decreasing fat intake – these are all contributing factors to lowering breast cancer risk. Add to that regular self-examinations and screenings and there is much within an individual’s control.

Employers need to take on the role of educator and promote the value of self-examination and early detection and regular screenings. Informing employees of the connections between a poor diet, smoking, lack of exercise and cancer are also important.

Some of the key areas that employers can highlight in their educational efforts include:

• Caucasian women are at moderately higher risk of developing breast cancer compared to African-American, Hispanic or Asian women.
• However, African-Americans are more likely to encounter more aggressive, more advanced-stage breast cancer at a younger age, often pre-menopausal or under the age of 45.
• Those women who are yet to have a full-term pregnancy, or who give birth to their first child after age 30, have a higher risk of the disease compared to those who had a child before reaching age 30.
• Breastfeeding for longer than one year can lower the risk of developing breast cancer.
• Densely formed breasts can make it harder for mammograms to be able to detect a cancer and because of this, the risk increases.
• A lack of vitamin D can contribute to breast cancer. Research has shown that the vitamin plays a role in normal breast cell growth. Connected to this is exposure to lights at night – an issue for those who work under florescent lights in offices and factories.

Employers should prioritise assessing their current health insurance plan. As mentioned, with the best will in the world we can only limit our risk to a certain point through our lifestyle choices. If we have genetics working against us, then the focus quickly shifts from prevention to early detection.

That’s why it’s important to have an insurance policy that covers your staff and gives them the best possible breast cancer package. Ask yourself: Does it contain provision for mammograms and breast cancer screening? What does it then provide if cancer is detected? What oncology care is catered for by the plan? What provision is in place for palliative care?
If you’re not satisfied with the current cover, maybe it’s time to put something better in place. After all, this is the number one cancer among women. And the number one killer.

Awareness, prevention, and the future

When considering the effect that breast cancer can and does have on women and of course their families, it’s clear that it’s still a big problem both in the UAE and worldwide. What is staggering though is the high survival rate if the disease is detected in the early stages.

We have probably all been affected by a friend or relative who has had the disease in some form. So it’s the awareness aspect we need to focus on – as governments, employers and individuals. We also need to prioritise and encourage early screening, and a change in attitudes. And of course we need to have the right infrastructure in place – regular screenings, quality care, treatment.

It’s true that there are high risk groups and those who through lifestyle decisions and diet put themselves at higher risk – and it is those whom we should focus on when it comes to education and information.

Because on some level all of us are at risk of breast cancer. With no exception.