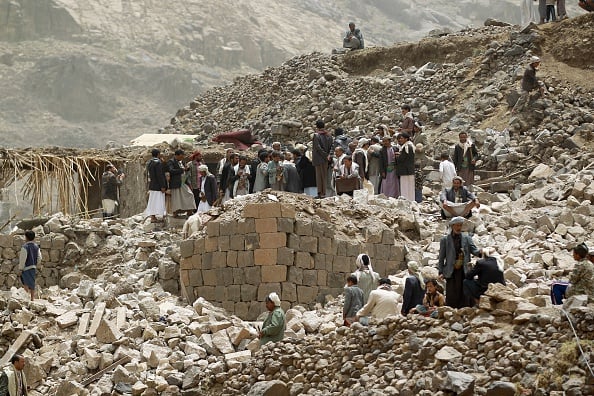 Yemen remains unstable and much more work needs to be done in the region, despite a declared halt to the Saudi-led bombing campaign in the country, the White House said on Wednesday.

Saudia Arabia’s announcement on Tuesday that it would end air strikes against the Iranian-allied Houthis drew positive responses from the White House and Tehran, as well as fresh calls for peace talks and humanitarian aid.

Saudi Arabia said its month-old campaign against the Houthis, who had seized large areas in Yemen, had met its goals but rival forces fought on in Yemen on Wednesday.

“There is remaining instability in the region, in Yemen,” Psaki said. “There’s a lot of work that needs to be done and we’re going to be doubling down and continuing to work on that with our partners around the world.”

Psaki stressed the importance of a diplomatic solution.

“There no other solution that’s going to work,” she told CNN. “This is not a war that can be fought on the battlefield.”

Saudi Arabia’s leading role against the Houthis has turned Yemen into the latest proxy conflict between the Gulf’s leading Sunni Muslim and Shi’ite Muslim powers, a struggle also playing out in Syria, Lebanon and Iraq.

The United States must balance concerns in the region as it works toward an agreement to contain Iran’s nuclear programme while finding itself on the same side as Tehran in beating back Islamic State fighters in Iraq.

President Barack Obama said on Tuesday the United States had warned Iran not to send weapons to Yemen that could be used to threaten shipping traffic in the Gulf. Washington deployed additional warships off Yemen’s coast, partly in response to a convoy of Iranian cargo ships in the Arabian sea.

Asked if the United States would reconsider nuclear talks with Tehran if it were to supply weapons to the Houthis, Psaki said the goal of the negotiations was to prevent Iran from acquiring a nuclear weapon.

U.S. Representative Adam Schiff, a Democrat, told CNN that even if a nuclear deal is reached, “it’s not going to stop the fact that we have to confront Iran’s effort to be a hegemon in the region.”