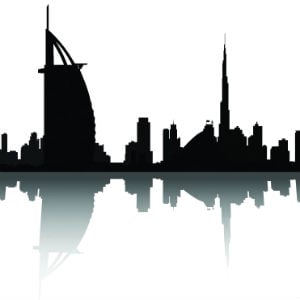 Branding experts have warned Bahrain that it faces an unprecedented brand clean-up job if it’s to survive. Recent political violence in the Gulf state left the country’s national brand, built around the slogan “Business Friendly Bahrain”, in shreds. After years of honing an image and selling it to the world, Bahrain now faces its most daunting PR campaign yet.

“The tagline held true up until the government revealed their “unfriendly” pragmatism of political and religious parties, which was influenced by a bigger regional agenda,” said Lana Bdeir, managing director of FutureBrand Middle East & Africa.

“I say it is time for a Bahrain rebrand.”

The art of nation branding hit the headlines in recent years as states looked to limit the damage to their country’s identity caused by economic mishandling during the financial crisis. Greece and Dubai’s chronic debt had a huge impact on their international image.

Meanwhile, nation-branding experts were called in to tackle the stigma attached to Austria after Josef Frizl’s horrific crimes in his cellar.

In the Gulf, states have been carving out their own unique brands, but the current unrest has jeopardized these efforts.

There is now a risk of contagion across all country brands in the Gulf, confirming a latent fear in the West of instability in the Middle East, said Ares Kalandides, a place branding expert based in Germany.

“Because the Middle East has been seen as volatile and unstable by some in Europe and the US, particularly because of the Palestine-Israel situation, there was a feeling that this would also be true of the Gulf countries.

“Countries like Bahrain built a brand that disproved this stereotype, but now there’s a sense of ‘told you so’. And there will be people that will avoid investing in or travelling to the region.”

National brands in the Gulf have been damaged particularly in Europe, with tourists opting for more Mediterranean holidays this year and avoiding Arab countries, said Kalandides.

But he said that educated observers in the West would be able to identity the hope for long-term change that’s emerging in the Arab Spring. Dubai Bounces Back

Brand gurus say Dubai has built the most striking vision of itself on the world stage, led by powerful corporate entities like Emirates Airline and the Jumeriah Group and projects like The Palm and Burj Khalifa.

Given country branding is still a relatively new practice for many governments, the process of building a strong country brand is often left to marketing and communication activities and primarily focused at tourism campaigns and promotions.

But many say brand development is more than just putting yourself on the map. For instance, although Dubai has led the way in tourism and business friendliness, it lacks clarity on the value system that the nation lives by.

Fundamentally though, it has closely associated itself with economic prosperity, a brand attribute that always shines a positive light on a destination.

The turmoil in Bahrain has helped Dubai in this character trait, said Gaurav Sinha, the managing director of branding specialists Insignia. “It’s amplified the strength of what Dubai has to offer, from investment, progressive thinking to leisure and tourism.”

Sinha added that the negative stigma attached to Bahrain is unlikely to rub off on Dubai.

“For New Yorkers or Londoners reading headlines about the protests, I feel the strength of brands like Emirates will automatically correct the negative perceptions. Received wisdom has it that these major Gulf companies could not build such a prestigious brand unless there was support from a stable government and strong economy.”

Countries like Bahrain and Qatar have been free to shape their nation brands in recent years partly because there was limited knowledge of them around the world. They almost had a blank slate to work with, unlike Western nations, which were already established as brands over centuries.

Qatar has emphasised luxury, prestige and modernity combined with tradition through power brands like Qatar Airways and strength in commerce with RasGas, Qatar National Bank and Qatar Petroleum.

But marketing specialists say while the country gained international currency with these sub-brands they do not form a cohesive whole. Indeed, internationally, people often see Qatar as merely a wealthy emirate as a result of its gas reserves.

Bahrain has also struggled to achieve a multi-dimensional brand image, mainly because it has doggedly worked at driving home its single consistent message as a world-class banking hub.

For this reason the recent troubles have been so devastating, as international banks and financial institutions threaten to pull out of the country.

But the impact of the political protests on business may not be as cut and dried as first thought, said Kalandides.

“Businesses often don’t care if it’s a dictatorship or democracy. It’s the business friendly climate that matters, and it seems that not a lot of serious damage has been done to that. If the question is about the security of employees at these foreign businesses then that’s a serious problem.

“A brand’s security is often about perception. For instance, Colombia improved its crime rates and in fact had a much lower level of criminality compared to Buenos Aires, but it still attracted the more negative security associations because of the long history of risks.

“In general, businesses will be put off if regulations and local laws change and become business unfriendly,” he added.

Fundamentally, Bahrain has clearly lost the support of some of its citizens.

Meanwhile, purely from a brand perspective, it has lost the confidence of the outside world, said Bdeir.

“Brands are built on experiences. The damage that has been done to Bahrain as a nation brand will take years to repair.

This can only be achieved if they start with changing what’s broken in the system. Communication alone will not solve their brand problem.”

Experts like Bdeir say the clean-up operation for Bahrain’s brand must start with resolving the political violence and restoring stability. Only then can work begin on resuscitating its image.
It has become clear that there’s no chance to re-brand a country as safe while it’s still unsafe, mainly because branding is about creating perception, not changing reality.

Gaurav adds: “From a branding point of view, what Bahrain needs is a degree of balance between the rational and emotional benefits of the country. This means building safety and security for business with a sense of austerity, while maintaining the country’s aspirational values.

“Great logic creates great magic, so a testimonial campaign about Bahrain’s successes would be a good place to start. I firmly believe that the damage is not irreparable. Travellers travel and people forget. People still travelled after SARS and 9/11.”

There is consensus that Bahrain needs to re-draft its brand and re-evaluate its core strengths in light of recent events, so tourists and investors know what they’re buying into.

This process may start by gluing back the broken pieces of its image, but to guarantee future strength there needs to be a commitment from rulers to invest in a brand building process that does not have a short-term end goal but is developed and grown organically over time.

The Arab Spring might just be the necessary catalyst for those governments who have been reluctant to open up and actively embrace change, particularly in the national brand.