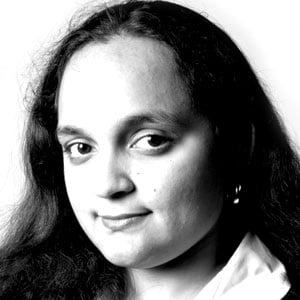 Being a vegetarian, I find it challenging to find food in many parts of the world. Dubai, thankfully, is not one of those places.

Playing host to expatriates from over 200 nationalities, the city caters to all tastes and sensitivities. Most restaurant servers in the emirate understand that vegetarians do not eat fish, chicken or beef sauce.

As a habit, I take care to explain to waiters that we are vegetarian before we place an order, a practice my partner and I followed during a recent visit to the Cheesecake Factory in Dubai’s Mall of The Emirates.

Our food soon arrived, and right before we tucked in, we noticed an alien-looking ingredient in one of our dishes. Closer scrutiny revealed that the dish was prepared with pieces of chicken.

Shocked, we called the waiter, and questioned him about the issue. “The dish is vegetarian, but comes with chicken,” he said, by way of explanation. “It’s not a problem,” he added, offering to change the dish.

Enraged, we told him that “it was a problem,” and sent for the manager, who took an age to arrive.

Offering us a profuse apology, the manager somewhat vaguely blamed the mishap on ‘human error’ and offered to replace the dish. And that was it.

Even a slice of complimentary cheesecake would not have gone amiss; after all, it would be near impossible to accidentally put chicken in a cheesecake. You would think.

We weren’t satisfied by the manager’s explanation and rose to walk out. Nobody stopped us.

While we have faced similar situations where non-vegetarian food is mistakenly placed before us, we were appalled that waiters in an international food chain like Cheesecake Factory were so ill-trained to deal with customers.

And it’s not just restaurants: a recent trip to Pure Gold, a well-established jewellery chain, also revealed a near-contempt for the customer.

Entering the store, we were asked if we were looking for diamond jewellery; the moment we replied in the negative, we were casually asked to move to the back of the store.

Despite a number of staff milling around the store, no one attended to us and after waiting for five to 10 minutes, we simply walked out. And yet again, the manager didn’t bother about losing a potential customer.

The problem is that on many occasions, the service staff don’t really “care”, says management expert Debbie Nicol.

“Businesses will treat the customer like a king if they have a genuine interest in creating an experience, and not see you as a ‘number’. For example: ‘Another one walking in! Or another one, it could keep me back late!’”.

In most cases, poor service standards can’t just be blamed on the lack of training, she opines.

“Training is blamed for many things and it shouldn’t be. A winning sales person needs to have a certain level of skills, knowledge and attitude – and there’s the genuine care again. If the heart is in it (like with our children), we’ll be actively involved. So I believe hire for attitude and every customer will feel the difference,” she adds.

But with Dubai returning to its boom days, and demand swiftly overtaking supply, will customers lose their importance?

“What our past has taught us is that boom days have another side lurking – the bust. This theory can be applied to individual customers: if they are dissatisfied and a negative reputation pertains, then it will be bust for the business.”

Aarti Nagraj is a reporter for Gulf Business.