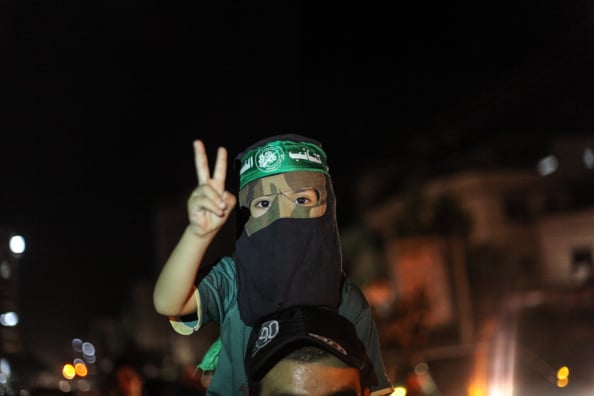 Israel and the Palestinians agreed to an Egyptian-brokered plan to end the fighting in Gaza after 50 days of combat in which more than 2,100 Palestinians, most of them civilians, 64 Israeli soldiers and six civilians in Israel were killed.

Following are the broad parameters of the agreement, provided by Israeli and Palestinian officials.

As part of the deal, both sides have agreed to address more complex issues – including the release of Palestinian prisoners and Gaza’s demands for a sea port – via further indirect talks starting within a month.

* Hamas and other militant groups in Gaza agree to halt all rocket and mortar fire into Israel.

* Israel will stop all military action including air strikes and ground operations.

* Israel agrees to open more of its border crossings with Gaza to allow the easier flow of goods, including humanitarian aid and reconstruction equipment, into the coastal enclave. This was also part of a ceasefire agreement after the last conflict between Israel and Hamas in November 2012, but was never fully implemented.

* In a separate, bilateral agreement, Egypt will agree to open its 14 km (8 mile) border with Gaza at Rafah.

* The Palestinian Authority, headed by President Mahmoud Abbas, is expected to take over responsibility for administering Gaza’s borders from Hamas. Israel and Egypt hope it will ensure weapons, ammunition and any “dual-use” goods are prevented from entering Gaza. They also expect tight monitoring of imports of construction materials like cement and cast iron to make sure they are used to rebuild or build homes rather than tunnels that have been used to attack Israel.

* The Palestinian Authority will lead coordination of the reconstruction effort in Gaza with international donors, including the European Union, Qatar, Turkey and Norway.

* Israel is expected to narrow the security buffer – a no-go area for Palestinians that runs along the inside of the Gaza border – reducing it from 300 metres to 100 meters if the truce holds. The move will allow Palestinians more access to farm land close to the border.

* Israel will extend the fishing limit off Gaza’s coast to six miles from three miles, with the possibility of widening it gradually if the truce holds. Ultimately, the Palestinians want to return to a full 12-mile international allowance. This was also part of the previous ceasefire deal in 2012, and was briefly implemented before being rescinded in March 2013.

LONGER TERM ISSUES TO BE DISCUSSED

* Hamas wants Israel to release hundreds of Palestinian prisoners rounded up in the occupied West Bank following the abduction and killing of three Jewish seminary students in June, an attack that led to the war. Hamas initially denied involvement in the killings, but a senior Hamas official in exile in Turkey last week admitted the group did carry out the attack.

* President Abbas, who heads the Fatah party, wants freedom for long-serving Palestinian prisoners whose release was dropped after the collapse of peace talks between Israel and the Palestinian Authority.

* Israel wants Hamas and other militant groups in Gaza to hand over all body parts and personal effects of Israeli soldiers killed during the war.

* Hamas wants a sea port built in Gaza, allowing goods and people to be ferried in and out of the enclave. Israel has long rejected the plan, but it is possible that progress towards it could be made if there are absolute security guarantees. In antiquity, Gaza was a major port in the eastern Mediterranean, a critical point for spice trading. There have been plans to build a new port since the Oslo peace accords in the mid-1990s, but no progress has been made.

* Hamas wants the un-freezing of funds to allow it to pay 40,000 police, government workers and other administrative staff who have largely been without salaries since late last year. The funds were frozen by the Palestinian Authority.

* Israel has in recent weeks said it wants the full “demilitarisation” of Gaza. The United States and European Union have supported the goal, but it remains unclear what it would mean in practice and Hamas has rejected it as unfeasible. It is possible that Israel will raise it again as talks progress.

* The Palestinians also want the airport in Gaza – Yasser Arafat International, which opened in 1998 but was shut down in 2000 after it was bombed by Israel – to be rebuilt.