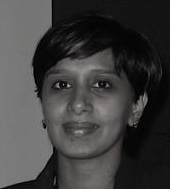 No doubt to any analyst, a $19 Billion valuation is a jaw-dropping deal. But by acquiring Whatsapp, Facebook’s (FB) got a much-needed boost to its portfolio. FB users were complaining dearly about the lack of one-on-one, personalised socialising and sharing, which Whatsapp clearly has been successful with. Further, with an international subscription base, Whatsapp lends an edge to FB’s network.

FB didn’t win brownie points with its mobile platform; its user interface was not fully optimized for phone users and its business requirement to include advertising as part of it, diluted the user experience. On the other hand, Whatsapp took chatting to another level, and it further strengthened the phone as a central point of a consumer’s universe.

Whatsapp’s business model, to date, is charging a dollar for a year for subscription. With a simple, uncluttered, location agnostic application for a multimedia platform, its popularity has soared leaps and bounds and according to industry experts it is likely get to a billion subscribers before end of the year globally. It will be interesting to see how the two applications will be able to combine synergies in the future, because contextually they are different.

What FB has not bargained for is that it could tread into unknown waters of regulation and possible action. Presently, Whatsapp’s discreet growth in connecting consumers on data networks has not been fully scrutinised and screened by several regulatory bodies internationally.

Churn for telco networks have been minimal, and FB’s eye popping acquisition could bring Whatsapp into the spotlight and open a few questions on data sharing and carriage across networks.

The other minus points include: consumers are getting wary of putting out their content on larger social networks, and a marriage between the two could potentially extend that insecurity to Whatsapp users. For now, Mark Zuckerberg says that Whatsapp will continue to operate independently.

But unless it fosters synergies between the two, this can’t be a long-term profitable marriage. It will be curious to see how their universe changes, because contextually they are different.

Hopefully, Whatsapp can be more than a value-add to justify its price tag.