What To Expect From Cityscape Global 2014 In Dubai - Gulf Business 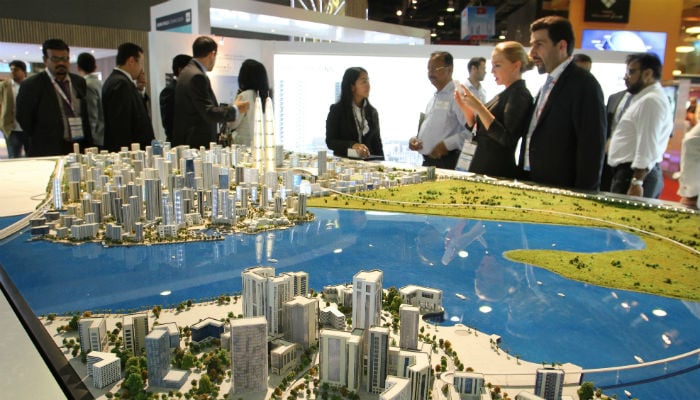 Dubai’s property market is back with a bang, and signs reminiscent of the pre-crash days are clearly visible – the almost continuous stream of new launches by a myriad of developers; off-plan projects selling in out in a single day; and the re-advent of massive “world’s largest/first/biggest” type developments.

However, experts have pointed out that the market is stabilising in terms of prices, with rates only increasing by 0.6 per cent quarter-on-quarter during Q2 2014, according to a report by Cluttons.

“This takes price growth for the first six months of the year to 3.8 per cent and reflects the widespread stabilisation of the market,” the report said.

The one event that is widely expected to provide an accurate scenario of Dubai’s real estate sector is the annual Cityscape Global exhibition, which is scheduled to take place this year between September 21- 23 at the Dubai World Trade Centre.

Predictably, Cityscape as grown substantially – by 25 per cent this year – with organisers stating that it is the largest event since its peak in 2008.

Over 35,000 visitors, including property investors, developers, investment promotion authorities, architects, designers and other real estate professionals are anticipated to attend.

Developers across the UAE have already announced plans to launch and showcase major projects during the exhibition, which is now in its 13th year.

Government-owned investment conglomerate Dubai Holding recently confirmed its participation – for the first time – at the event, where it will showcase its upcoming mega-development, Mall of The World.

Other major projects being developed by Dubai Holding’s subsidiaries, Dubai Properties (DP) and Tecom Investments, such as Culture Village and Dubai Design District will also be on display at Cityscape exhibition, the company said.

Ahmad Bin Byat, CEO of Dubai Holding, said: “This is the first time that Dubai Holding has a consolidated presence with its companies at Cityscape Global, demonstrating the scale of projects underway and our contribution to the development of Dubai’s economic diversification strategy.”

The group’s main showpiece at the event will be ‘One at Palm Jumeirah’, a project being developed in collaboration with Drake & Scull International. The other two new projects to be unveiled would be located in Dubai Maritime City and Downtown Dubai, the company said.

Other Dubai developers including Damac, Deyaar, Seven Tides and Indigo Properties have also all promised to showcase major projects at Cityscape.

Along with the local developments, the exhibition this year will also feature also eight international pavilions, and host three conferences – the Global Real Estate Summit, Future Cities and the Real Estate Brokers Summit – which are expected to bring together more than 1,000 delegates and speakers.

The Real Estate Brokers summit, a first for the region, is supported by the Dubai Land Department, and aims to inform brokers with the latest procedures and regulations.

“We will discuss the importance of maintaining high ethical standards and ensuring strong regulation to protect the rights of all parties”.

Christophe Reech, a panellist at the Global Real Estate Summit, agreed that it was crucial for the real estate sector across the region to offer investors transparency, maturity and visibility.

“The Middle East property sector is going in the right direction by adopting international standards, in term of transparency and market rules, which is increasing investor confidence in the market,” he said.

“International investors are attracted by this level of rationality and can recognise that the Middle East is a promising and exciting market to be a part of. As long as investors understand the cycles, and know that the pipeline of development is not timed randomly but follows a logical pattern, then they can carry out their investments with certainty.”