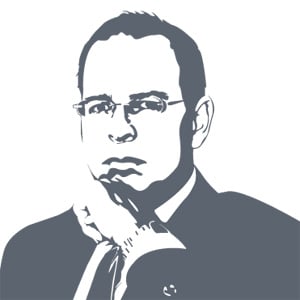 The next few years will see a new influx of government leadership. This year alone, there are 13 presidential elections around the world and the change of guard in China.

Realising the massive amounts of coming political change caused me to wonder, “What makes a great leader of a country?”

Before I can answer, we need to paint a picture of what the world will be dealing with in the coming months and the remainder of this decade.

The headline concerns include:

1. Financial pressures, including the impact from the Eurozone

2. Demands for higher wages in places like China, which could make them less competitive

3. Reactions from falling currency in countries such as Iran

4. The Straits of Hormuz stand-off

Unlike the famed statement “what happens in Vegas stays in Vegas” the reach of these concerns knows no geographical boundaries. What happens in one country now has a ripple that can create disruption time zones away. Being a president in the coming years is not going to be an easy job.

Of course, I’ve watched the campaign trails with great interest. But being a leadership expert, I can’t help but evaluate the candidates on how they will be as leaders.

Here are the six must haves to be a great presidential leader:

In leadership this is typically referred to as having a vision. But given the time limitations of presidency, the worrisome economic conditions and concerns about social unrest, leaders need to be clear about action.

When I listen to the election rhetoric, I hear people running against others, rather than standing for something. Look for a president who is taking a stand. The heartbeat of the goal is that it
inspires hope and success for the people.

Unlike any other time in modern history, presidents need to have business understanding (and preferably experience), as the key concerns are job creation and GDP growth. This requires more than economic policy making and having a team of strong advisers. Today’s presidents need to bring fiscal wisdom.

Although I am not privy to the private conversations between countries, it seems like there is a lot of “bullying” taking place. Presidents need to stand strong against the bullies for the benefit of their country.

A quick study of the likes of Steve Jobs, Jack Welch and Bill Gates reveals that each had the ability to think big and simultaneously drop into the needed detail. This is a differentiator in presidential leadership success.

The contrast between business leadership and political leadership is that a CEO has real unilateral power, but the president has to get people and the governmental apparatus on board.

Many of the countries that have a coming change of regime, such as Egypt, are confronted with rampant corruption. If left unaddressed, when this is coupled with social unrest, it could spiral into dire conditions.

Rather than just being against corruption, the president needs to proactively promote integrity and trust in society.

The good news is that history records that when regime change happens GDP per capita improves, FDI increases, market capitalisation rises and unemployment and inflation falls. But this does not
remove the importance of the electing presidents who are true leaders.

How To Get Your Boss To Say ‘Yes’

Leading In the Fast Lane