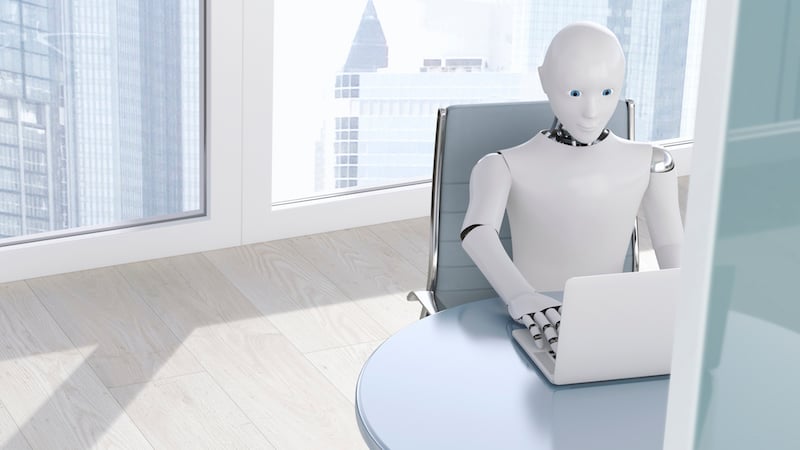 Ever since we exported mass production techniques from the factory floor into the office, workers have had creativity bludgeoned out of them.

Outside, these same human beings are imaginative and inventive: sculpting a garden, unleashing culinary skills, painting, writing, teaching, the list goes on. Yet a 2016 study by Gallup covering millions of workers across 142 countries found that 87 per cent of them were either “not engaged” or “actively disengaged” from jobs. Elsewhere Deloitte reported that only one in five workers was fully engaged in his or her work.

MIT economists, Erik Brynjolfsson and Andrew McAfee, state we are in the “throes of a great restructuring” and explain that: “Our technologies are racing ahead but many of our skills and organisations are lagging behind.”

As a result, machines are becoming smarter but we aren’t upskilling human beings at the same rate. Brynjolfsson and McAfee go on to say that this great restructuring is segregating jobs, where those whose skills can easily be automated will lose out, whereas others will thrive and become more valued. They identify this later group as individuals with the ability to work with intelligent machines: in other words, extracting results from intricate machine environments.

The emergence of machine learning and artificial intelligence (AI), makes it plausible for tedious mundane tasks which humans have performed to be automated by machines, leading many to speculate we are on the cusp of mass unemployment.

What’s different this time, from previous warnings of “technological unemployment” is an array of innovations converging to make it technically and economically feasible for mass automation — the existence of deep machine learning; breakthroughs in the performance, miniaturisation, and energy efficiency of sensors and batteries; low-cost computer processing power and data storage; cheap connectivity; big data analytics and a new IPv6 internet registration system opening up trillions of potential new internet addresses for individual devices — leading economists to propose there will be a hollowing-out of middle level, white collar jobs.

In other words, the nature of work is more likely to change than be automated out of existence. Imagine not having to do tedious tasks which every knowledge worker is manacled to – managing inboxes, booking timesheets, rekeying data into multiple systems. Instead employees can break the fetters and do more challenging interesting work, arguably increasing productivity.

Whether we decry the march of the machines, or embrace this as an opportunity to create more meaningful work — this is a seminal moment. Whatever your point-of-view, we should be concerned by the Gallup findings that only 13 per cent of workers are engaged in their jobs.

In addition, we should consider what skills will be in demand in the future – chief human resource and strategy officers identify the top three future job skills as being: complex problem solving, critical thinking, and creativity.

Maybe, instead of speculating that machine learning and AI will take human jobs, we should consider how they can be harnessed to sharpen the top three skills needed in the future by workers.

Perhaps human skills can be augmented by harnessing these technologies to solve complex problems, think critically and creatively, as well as offering velocity, scale and choice in terms of how we operate our organisations.