What is the future of food imports in the GCC? - Gulf Business 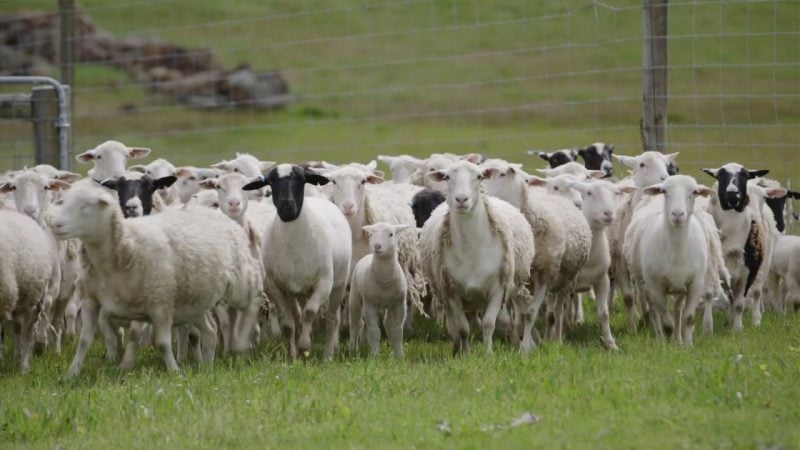 It takes a long time to get from Australia to the Middle East – even longer if you’re taking a boat. And yet, that’s what thousands upon thousands of sheep do every year – or did, until the shipping of live sheep was banned by the Australian government after stomach- churning footage of dead and dying sheep being kept in horrifically inhumane conditions on boats bound for the Middle East emerged in April 2018, causing wide-spread public outrage. But now, that ban has been lifted, and ships are again free to be packed to the proverbial gills with the woolly, baaing mammals for the roughly two-week journey.

Sending sheep and cattle from Australia to the Middle East is big business – about $2bn Australian dollars ($1.35bn, or Dhs5bn) per year, according to the Australian Livestock Exporters’ Council. They’ve claimed the lifting of the ban will provide more jobs and help the Australian economy, while at the same time increasing the food security of Middle East nations by allowing more food to come from more sources.

However, animal rights groups say serious concerns remain – not least of which is the journey across the Indian Ocean itself and the conditions in which animals are kept for the voyage, which sometimes includes even going around Australia if the trip begins in Adelaide in South Australia or as far as Portland in Victoria on Australia’s south- eastern coast (adding potentially thousands of kilometres to the voyage).

Yet as Andrew Fisher, professor of cattle and sheep production medicine at the University of Melbourne, writes in a piece for The Conversation: “There is a demand for live Australian sheep in the Middle East.”

There’s a demand for chicken, too – yet bird flu outbreaks in nations such as Russia and China have sporadically brought imports to a halt, raising prices for consumers and putting greater strain on other export markets as they try to meet the demand of a rapidly expanding population (and one that’s increasingly eating more).

Diseases aren’t as much a problem with salmon and seafood imports, but meeting demand and sustainability concerns are, as fish stocks continue to be depleted and climate change is causing mass die- offs. Those are a couple reasons why Vikings Label is setting up Saudi Arabia’s first salmon farm. The plan is to supply as many as 5,000 tonnes of salmon a year for domestic consumption once the $90m facility is up and running by 2023.

Then there’s what Fish Farm is doing in Dubai’s Jebel Ali. Backed by none other than Dubai Crown Prince Sheikh Hamdan bin Mohammed bin Rashid Al Maktoum, salmon is raised in the UAE for local consumption. As Nigel Lewis, the aquaculture and technical manager at Fish Farm, told Gulf Business recently: “It’s pretty unique. Salmon have never been grown to market size in a RAS (Recirculating Aquaculture System) outside their normal cold water habitat. We can grow anything you like, anywhere you like, as long as you have a modest amount of water – 97 per cent [of it] is being recirculated.”

Other locally produced food for local consumption projects are in the works. For instance, last year US company Crop One signed a $40m deal with Emirates Flight Catering to build the biggest vertical farm in the world – in the UAE, of course. But much work remains if the UAE is to diversify where its food comes from. While it ranks 31st in the Global Food Security Index, 90 per cent of all the food in the country is imported.

With the population expected to grow from about nine million currently to 11.5 million people by 2025 and fresh fruit, vegetables and other foodstuff already much more expensive than in Europe or the US – to say nothing of supply chains being vulnerable due to the volatile part of the world the UAE is located in (recent tensions in the Arabian Gulf and Iranian attacks on shipping vessels being a prime example) – the issue is more urgent than ever.

A clichéd sentiment, but it’s really some food for thought.