What is next for aviation? - Gulf Business 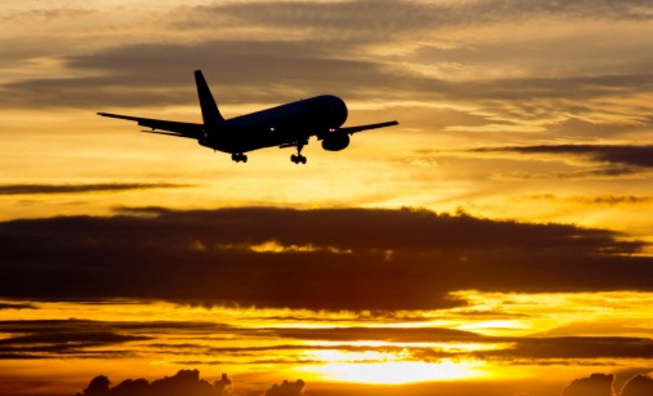 Security is among the biggest challenges facing the aviation industry and recent events have highlighted the need to address the issue urgently. That is according to a senior official at United States-based aircraft manufacturer Boeing.

“Over the past few years there have been a number of incidents of concern and hence security remains a continued area of focus,” senior vice president of international sales Marty Bentrott tells Gulf Business.

“We have got a number of areas across the world right now where there is conflict – this is not helpful to the industry or economic development.”

The global aviation industry received a major shock when Malaysian Airlines Flight MH17 was shot down over eastern Ukraine in July last year, killing all 298 passengers and crew.

“This has changed everything,” Emirates Airline president Tim Clark told journalists at the time. “We will no longer rest on the protocols we had in place that we honestly thought were safe.”

New regulations were put in place and security measures were heightened.

However, earlier this year American Chris Roberts made global headlines when he claimed that he had hacked into the inflight entertainment system on-board a Boeing aircraft. He said he had made the plane “climb” and “move sideways”.

Roberts’ claims were not based on any facts says Bentrott and he asserts that safety is inbuilt into the design of Boeing’s planes.

“Boeing is not necessarily influencing the security of the aeroplane but with regards to [this incident] suggesting that a passenger could hack into our air control system, we will conduct double checks.

“As the world gets more complex in terms of people trying to access systems and data, we will ensure that we have a set of robust firewalls to prevent that from happening,” he adds.

One of the other major concerns facing the industry is air traffic management.

Specifically in the Middle East, congestion represents a significant threat to the two million jobs that depend on aviation.

And it is a challenge to the overall $116bn regional aviation economy, a recent study conducted by Oxford Economics for air traffic management specialist NATS found.

Currently the Middle East carries 5 per cent of global air traffic and that figure is anticipated to reach 7 per cent by 2030. The report calculated that the average flight in the region is delayed by 36 minutes and that 82 per cent of those delays are attributable to air traffic control capacity and staffing issues.

By 2025, without further investment in air traffic control systems, a doubling of delays to 59 minutes could cost the region $16.3bn.

“There are parts of the world that are getting very crowded in terms of aeroplanes and airspace. I think it’s going to be very important that governments, airlines and aeroplane manufacturers all partner to improve air traffic management,” says Bentrott.

Some of the other challenges that he foresees for the industry are the slowing economic environment and the introduction of new technologies in a cost efficient way.

Boeing will feature what it hopes are cutting-edge technologies in its upcoming jet, the 777X. It will include new engines, a new composite wing and technologies from the 787 Dreamliner.

When delivered to launch customer Emirates in 2020, the 777X will be the largest and most efficient twin-engine jet in the world, the company claims. It will offer 12 per cent lower fuel consumption and 10 per cent lower operating costs than the competition.

“We are actually in early developments stages now – in terms of developing components I suspect that’s going to be late 2016 or early 2017. Flight-testing will probably take place in late 2018 and into 2019, with first delivery in 2020,” says Bentrott.

Apart from Emirates, regional rival Qatar Airways has also placed a significant order for the new plane. In total, the 777X has accumulated 320 orders and commitments from six customers worldwide.

Boeing is focusing on this product and not planning to create a wider-body aircraft to compete with the Airbus’ A380, which has proved popular with Gulf carriers, says Bentrott.

“There was a significant investment that went into the development of the A380 and I think the longer term demand for that size of aircraft is debatable. We don’t agree with Airbus in terms of where they see the forecast of demand,” he explains.

“Sure – there are a number of [A380] airplanes that have been delivered to our customers in the Gulf region. But when you look at the economics of that product against the 777X that we are delivering – they are not comparable.

Looking ahead, Bentrott predicts that the industry is unlikely to see a significant leap in terms of new aircraft models within the next 10 to 15 years. Although in 50 to 100 years air travel will be “dramatically different” he says.

“I think in 10 to 15 years, you are going to continue to see our customers expect more capability from the products that we provide them for less money or better value,” he says.

Enhancements will particularly be required in terms of engines that can provide the aircraft with additional speed capabilities, less noise and lower carbon emissions.

In terms of renewable energy sources, Bentrott says Boeing has been doing a lot of work on biofuel.

“Maybe that’s the next step and after that is some sort of solar capability/technology,” he states.

The manufacturer is investing heavily in research and technology, Bentrott confirms, although he does not disclose any figures.

“It’s a growing business – demand for commercial aviation is growing at around 3 to 5 per cent per year. In any growing business, which is as visible as aviation, you are going to see significant investments on our part in terms of technology to make travel more efficient and more enjoyable,” he adds.