What Can Dubai Learn From Shanghai’s Expo 2010? - Gulf Business 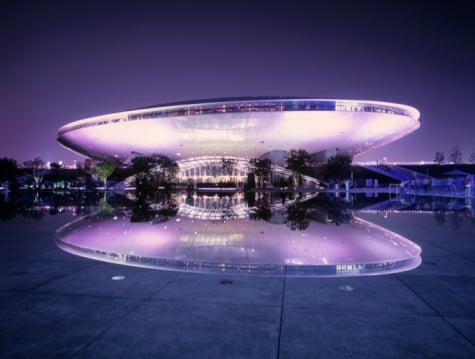 It is hard to miss the fact that Dubai is a candidate city in the Expo 2020 bid. With its winning intentions plastered across billboards and websites, the emirate has set out to woo one and all with its promise of transforming the economy once the city wins the bid for this coveted international exhibition.

With the UK and France backing the emirate’s bid to host Expo 2020, the sentiment for Dubai’s winning candidacy is internationally upbeat.

But if Dubai wins the bid, will it be able to outshine Shanghai’s Expo 2010, estimated to be the world’s most expensive fair to date? Are more importantly, will the Expo 2020 event really bring the promised economic benefits to the emirate?

Just like Dubai, Shanghai too hoped that the expo would propel it forward into the financial limelight and worked towards it. However China was no stranger to hosting mammoth events at the time of the Expo in 2010. After the grandeur of the Beijing Olympics, some even say that the expo’s impact on the economy fell short.

But are world expos only about flashing a country’s status? The answer can be found by looking back through the decades.

Previously, expos were a platform to showcase innovations that would transform humanity. The introduction of the superhighways in the US is an example of this. Innovations like telephones, elevators and geodesic domes were introduced in the first ever expo held at the London’s Crystal palace.

Today’s expos are more intently focused on economic benefits, but an element of showcasing innovation remains.

For China, the Expo 2010 was an apt platform to showcase its soft power in an increasingly competitive world. For Dubai and the UAE as a whole, hosting such a high-calibre exhibition could fuel the future pillars of the economy.

Tourism, construction and hospitality are the sectors set to see monumental growth, and even the mere preparation for the bid has thrown Dubai’s economy into frenzy.

An economic impact report released by the Dubai government has estimated that 90 per cent of employment opportunities between 2018 and 2020 would arise from the lead up to the expo.

Out of this 90 per cent, 147, 000 jobs would be created just within the travel and tourism sector. For every new expo employee, approximately 60 additional jobs will be sustained across the MENA economy, the report said.

The economic benefits of a well-handled expo cannot be overlooked, as is evident from the case of Shanghai.

The Chinese city received around 73 million visitors in total, with numbers reaching 1.03 million in just one day (16 October, 2010), according to the BIE report, ‘Making an impact: The power of the World Expo’.

Six new subway lines were opened between 2008 and 2010 along with 4000 new taxis in the city. The revenue from the tourism sector rose 13 per cent year on year during the Spring festival to reach $332.7 million.

According to a Bloomberg report, the event may have generated tourism spending of more than 80 billion yuan ($13 billion) for Shanghai, and neighbouring cities along the Yangtze River.

However, the effects of an expo can extend beyond immediate monetary relief.

“Shanghai’s spending on the expo is far more than the direct business reward in the year of 2010. The awareness of mega events like Expos or Olympics has benefits with a long-term view,” said Dr.Tu Qiyu, deputy director of the Shanghai Academy of Social Sciences’ Urban and Demographic Studies Centre in an interview with Gulf Business.

“China is at a stage of new urbanisation which will last for another 30 years and bring one to two billion people into the city. Expo 2010 was a one-time nationwide lesson on how to achieve good urbanism rather than the bad urbanism. In that sense, the expo was a very profitable deal for Shanghai and China at large.”

In fact, expos often offer a high-profile platform for countries to showcase their soft power, while also boosting their coffers.

For Dubai and the UAE, the expo will throw the spotlight on the country’s potential as a growing business hub thus boosting its profile internationally.

“Besides the typical benefit of enhanced infrastructure, the UAE could expect positive global media exposure,” said Trevor McFarlane, senior editor at the Economics Intelligent Unit, Middle East and Africa, in a report.

“The expo would be a wonderful opportunity to position the UAE as an important player on the international stage. Emiratis could show the world, particularly the business world, that the country is an open, tolerant, affluent place – keen to do business.”

McFarlane emphasised that there would be an obvious boost to tourism and job creation along with the construction industry picking up pace due to the infrastructure development.

The announcements of infrastructure development in the emirate are already in place if Dubai wins the bid to host Expo 2020.

The Roads and Transport Authority (RTA) has already announced that the expansion plans of the red line will be fast-tracked in November if the city wins the bid.

The development of infrastructure ahead of schedule is just one more potential boon for host cities.

Shanghai saw rail projects near completion before the slated time, improving the city’s quality of life even post-expo.

“Thanks to the Expo, Shanghai sped up the development of the Metro ahead of the original schedule which did help Shanghai to avoid the similar case of traffic collapse in Beijing in 2012,” said Dr.Quyi.

Retail, real estate, construction and transportation will also see immense growth in the coming years if the expo does fall into into Dubai’s hands.

But what Dubai should focus on is the long-term benefits that such a large-scale exhibition can bring. Just as Shanghai did.