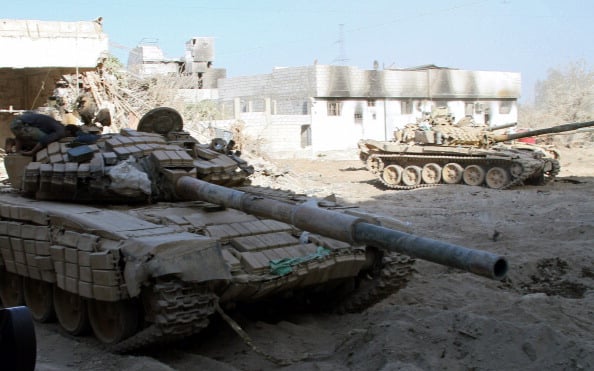 The military chiefs of the United States, its main Western allies and Turkey, Saudi Arabia and Qatar are meeting in Jordan in the coming days to discuss the situation in Syria, defence officials said on Saturday.

The meeting, planned two months ago, is the third that the top military officers have held on Syria this year, but it has gained new urgency since a nerve gas attack reported to have killed hundreds near Damascus this week.

A Jordanian defence source said the defence chiefs of the United States, Britain, France, Germany, Canada and Italy were expected to attend, along with those of Turkey, which has already seen the conflict spill over its border, and Saudi Arabia and Qatar, which are both supporting Syrian anti-government rebels.

“This meeting comes as part of ongoing continued security, military and political coordination to assess the current events in Syria and their repercussion on the security of the region in general,” the source said.

A Pentagon spokesman said the U.S. Central Command and the Jordanian armed forces were co-hosting the regional defence talks from Aug. 25 to 27, and that the conference had been planned since June.

Wednesday’s chemical weapons attack, in which between 350 and 1,000 or more people are reported to have been killed, has increased the pressure for foreign intervention in Syria’s two-year-old civil war.

The United States has said it is repositioning naval forces in the Mediterranean to give President Barack Obama the option for an armed strike on Syria, although officials stressed that Obama had not decided on military action.

Washington has already stationed F-16 fighter jets and Patriot missiles in Jordan, which has received about a quarter of the 2 million Syrian refugees who have fled abroad, and is considering providing Jordan with manned U.S. surveillance aircraft to help it monitor its border with Syria.

A European defence source said events in Damascus had given the meeting a new urgency.

“We had been expecting to talk mainly about stabilising Jordan,” he said. “Instead, it will be dominated by Syria. It’s all really waiting on the Americans and what they decide they want to do.”

“There have been discussions, but so far they have been very inconclusive. As the scale of what happened in Damascus becomes clear, that may change.”