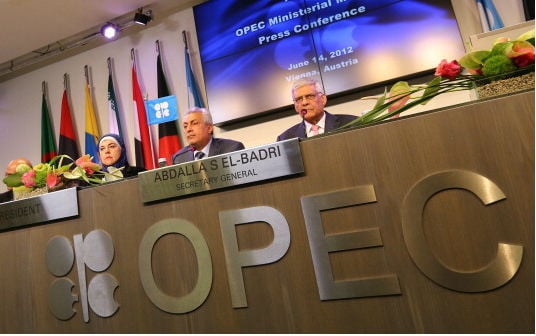 OPEC countries have failed to feature in the top 50 list of a new energy report by the World Economic Forum focusing on the strengths and weaknesses of countries’ energy systems.

The Global Energy Architecture Performance Index 2013, compiled in partnership with Accenture, ranked the top high-income countries in the world that have proven best at transitioning to new energy architectures and renewable energy sources.

Norway ranked first in the list, with seven other European countries filling the top 10 places alongside New Zealand and Colombia. But not a single OPEC-member country made it into the top 50.

Tunisia was the highest ranked Arab country on the index, followed by Algeria, Libya, Egypt, Oman, Saudi Arabia and the UAE.

Omar Boulos, managing director of Accenture, Middle East, says the the index is a global benchmark for the Middle East region to aim for, with several Gulf countries already taking steps to address their future energy needs.

“Whilst the Middle East countries did not rank highly in this report, I expect this to change in future index reports,” Boulos said.

“Governments and private companies across the region are investing billions of dollars in energy infrastructure and they have declared very real commitments to addressing the challenges of energy supply, particularly in terms of renewable energy.”

The Gulf has several new energy projects in the pipeline and recent announcements suggest the region is looking to improve its world-standing on renewable energy systems.

Masdar’s 100MW Shams 1 CSP plant is due to open in Abu Dhabi later this month while plans are afoot for the Sheikh Mohammed bin Rashid Al Maktoum Solar Park in Dubai.

Saudi Arabia’s government recently announced it would invest $109 billion in 41GW of solar and 9GW of wind capacity by 2032.

“At last month’s World Future Energy Summit in Abu Dhabi there were over 30 renewable energy projects worth $8 billion seeking funding, including a $300,000 250KW solar project in the UAE and a $280 million 65-130MW solar project in Jordan,” said Boulos.

“Combine these projects with a $50 million funding cycle for clean energy projects announced by the Abu Dhabi-based International Renewable Energy Agency in conjunction with the Abu Dhabi Fund for Development, and you can see that energy architecture in the Middle East is rapidly evolving.

“It is extremely encouraging to see a region that is so reliant on fossil fuels for their income take such affirmative action to join the global community’s collective response to the challenges of high energy demand,” he added.