Wearable technology – why it is the future | UAE News 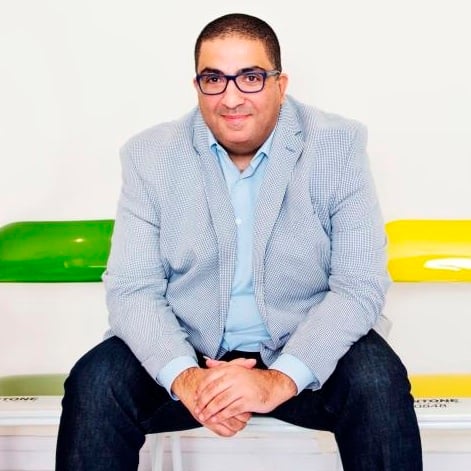 Whether we love them or hate them, think that they are the future or just a trend, the true fact is that wearables have been at the heart of innovation for centuries. Over the past few years, as wearable devices have started to aggressively make their presence felt, the general consumer approach has been to treat them as fashion accessories. However in reality, wearables have the potential to change the way we live, communicate and interact for years to come.

Some think wearables are the latest fad – whether it is a smart watch, a smart shoe or even a high-tech prosthetic. Well, think again. Some date the use of wearables to the 13th century, particularly 1286 – when the first pair of eyeglasses was invented. Others argue that jewellery was the first wearable, designed for people to wear as a fashion statement and as an accessory that reflects wealth and power statures.

Through the years, more innovative wearables were introduced. These included the first portable mechanical time keeping device – the Nuremberg Egg that was invented in 1510 and the forefather of today’s wearables, the abacus ring. This Chinese wearable allowed accountants to perform mathematical tasks by moving tiny beads along nine rows.

Wearable technology was also utilised in wars. In 1907, German inventor Julius Neubronner created what was arguably the first GoPro device. This lightweight camera featured a timer, enabling it to capture single images and was strapped onto homing pigeons to take aerial photographs behind enemy lines. Wearables continued to evolve at an escalating pace with inventions such as wrist computers, Bluetooth headsets, solar powered jackets and the list goes on.

The golden age of wearable technology

Sifting through the clutter of information about wearable devices, it is evident that this is a start of the golden era for technology. Wearables are going to continue developing and this is primarily driven by breakthrough inventions in the electronic landscape. Wearables have evolved from being sci-fi like accessories that are used by science driven organisations and professionals as practical solutions to enhance effectiveness to must have body-accessories that are as much experiential as they are emblematic. Wearables now engage people significantly and imaginatively.

Taking the reins of events experiences

The shift in the use of this technology has resulted in designing wearables that can collect data, providing marketers and innovators insights on users’ behavioural patterns in order to create more purposeful event interactions. Whether using RFID, ibeacon, or even human biometric information, event orchestrators can now learn more about their attendees and in return improve their events experiences. The use of wearables allows event organisers to collect data, understand the event attendees’ needs, what their preferences are in terms of products, services or initiatives. In a nutshell, wearables can prove to be an effective means for event experts to understand their audience better.

We have collaborated with our technology partners to experiment with the new integration of wearables into creative event experiences. Participants were given smart watches that track their location, heart rate, motion pace and social media use. The objective of this experiment was to verify a means that will allow event owners / managers to understand more about their participants’ behaviour based on which area of the experience they spent a majority of their time at.

Fluctuating measurements of heart rate were indicative of their level of excitement and interest in a specific segment of the experience and motion detection was another data source that reported how quickly or slowly they moved in a certain zone of the experience. Based on the results, we can analyse the participants’ social media use to understand the nature of their online interactions and whether they were positive or negative conversations. All of this is just a fraction of the potential that wearable technologies can help event organisers achieve.

The future of wearables

At the forefront of innovation is Apple and the tech media is predicting the launch of a new version of the Apple Watch, which is expected to be introduced within the second half of 2016. On the interactive gaming front, Oculus Rift is expected and estimated to be released in Q1 of 2016. This new version is said to change the face of gaming through an enhanced 180 degrees viewing angle resulting in total visual immersion. Coming late to this party is Tag Heuer, which plans to release its first new generation luxury Tag Heuer Android Wear Smart Watch. Predicted to be available in October/November of this year, the smart watch will cost $1,400 in the US and promises a battery life of 40 hours.

The rise of the new cyborgs

Since the dawn of time, humans have looked for ways to augment their body. Today wearables are becoming an extension of our human body. They give us more power, provide us with information that can help us live better and be more efficient. It is only until recently that we have started using what would have been decorative jewellery to actually do something more purposeful.