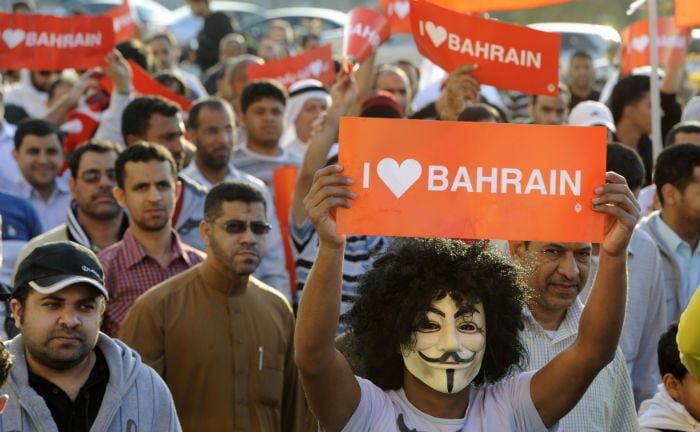 Chief Executive Mahmood al-Kooheji said the fund was targeting $150 million of investments in the kingdom in 2013, its largest ever commitment to the local economy in a single year, as part of efforts to deploy funds in the country and expand its domestic portfolio.

Popular uprisings in countries including Bahrain, part of the Arab Spring unrest, have prompted governments to bolster spending on infrastructure and education.

The United Arab Emirates said on Feb. 18 it would grant Bahrain $2.5 billion for development projects, part of a regional funding programme implemented after the 2011 uprising, Bahrain’s state news agency reported.

The kingdom, base for the U.S. Navy’s Fifth Fleet, has been in political turmoil since the protests erupted in 2011, led by majority Shi’ites demanding an end to the monarchy’s political domination and full powers for parliament.

Mumtalakat, set up in 2006, holds stakes in firms in Bahrain’s non-oil sector, including Bahrain Telecommunications Co, Aluminium Bahrain and airline Gulf Air, and is one of the smaller sovereign wealth funds in the Gulf region, with its focus centred on Bahrain.

The $9 billion fund has allocated $45 million for real estate projects, $50 million around downstream aluminium industries and $42 million for tourism and hospitality schemes, Kooheji told a conference in the capital Manama.

“As well as contributing to the development and growth of our portfolio companies, we believe there are other opportunities (in Bahrain) which we can benefit from,” said Kooheji.

It would also look for international partners to support its aluminium investments, Kooheji said without offering details.

Bahrain’s real estate sector has suffered from a bubble bursting at the end of the last decade, with the country’s Islamic banking sector hit significantly by the collapse in asset prices and the stalling of developments.

However, Kooheji said potential demand for real estate, in particular from Saudis coming to the kingdom, would ensure there was a market for the planned new developments.

Mumtalakat’s portfolio company Gulf Air said earlier this week it had cut 15 per cent of its staff and four routes as the latest cost-cutting measures taken by the airline, which has struggled to compete against larger regional carriers and has been impacted by the island’s political situation.

Kooheji said the decision to slash staff numbers showed that while the fund was an investment arm of the country, it ran its operations in a commercial manner.