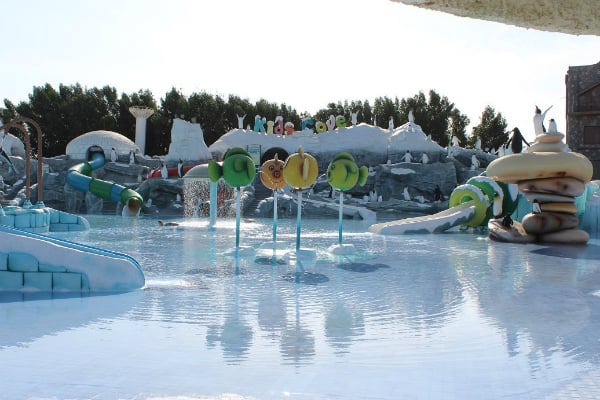 Hundreds of workers in the UAE emirate of Ras Al Khaimah (RAK) are facing an uncertain future after the water park they were working at closed.

The National reports that more than 200 staff at the Dhs100m ($27.2m) Ice Land Water Park were made redundant following a government decision to shutter the attraction.

We apologize for the inconvenience.
Ice Land Water Park operation is CLOSED

RAK is marketing itself as a global tourism destination and targeting international visitors having previously been a largely domestic travel stop.

The closure reportedly forms part of these plans.

The publication said a third of the park’s workforce was from Bangladesh with the remainder from the Philippines, India, Nepal and Sri Lanka.

Many are facing the prospect of a return home at the end of September due to difficulties finding new jobs.

“Our visa is very difficult to transfer and I’m worried that I will go back to my family empty-handed,” lifeguard instructor Imam Rafiq was quoted as saying.

Employees received salaries for August and have been promised an extra month’s pay on top of their end-of-service gratuity.

Many are still staying in the park’s accommodation or at villas nearby.

The park, which spans 50 hectares and has 37 slides, opened in 2010 under the management of the Polo RAK Amusements joint venture between Polo Amusement Park, RAK Investment Authority and RAK Properties.

The RAK government was quoted as saying the closure formed part of plans to boost the emirate’s competitiveness.

“The RAK government has been persistent in its efforts to boost development across vital sectors, as well as to set and implement clear directions for the future of the emirate and, with that in mind, has moved forward with foreclosing Ice Land Water Park for the time being,” it was quoted as saying.

RAK’s tourism authority is aiming to welcome one million visitors a year by the end of 2018 and 2.9 million annually by 2025.