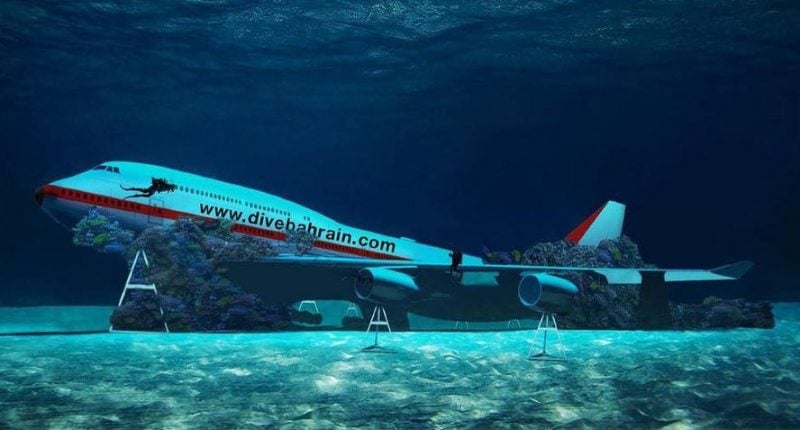 The world’s largest underwater theme park has opened in Bahrain.

Located near Bahrain International Airport, Dive Bahrain has already garnered international attention for featuring a sunken Boeing 747 that divers can explore. The underwater theme park encompasses more than 100,000 square metres, making it the largest of its kind in the world.

Aside from the 747, other sunken vehicles and structures divers can explore include a replica of a traditional Bahraini pearl merchant’s house, artificial coral reefs, and numerous sculptures.

A specialised team implemented the required procedures and preparations for the centrepiece 747 aircraft’s submersion in an area that is approximately 20 meters deep, the official Bahrain News Agency (BNA) reported.

This included ensuring necessary safety measures are in place, reassembling the aircraft’s wings, which had previously been dismantled for the aircraft to be transported to Bahrain, and attaching foundations.

The park is also set to provide marine science researchers with an environment in which they can study coral reef development and marine life.