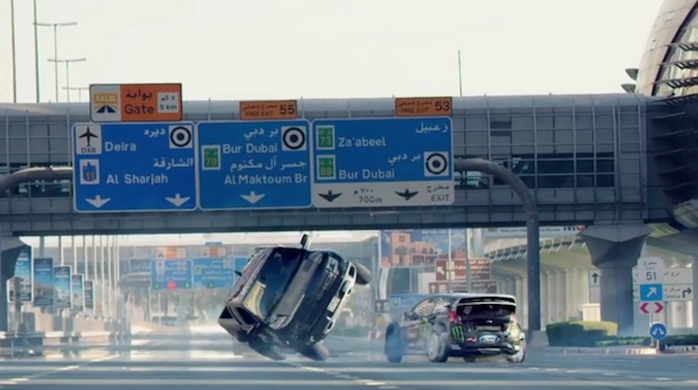 A thrilling video of daredevil rally driver Ken Block burning rubber and performing stunts in Dubai has gone viral stacking up over 5.4 million views on YouTube.

The nine-minute video shows the stuntman speeding across the emirate in a Ford Fiesta RX43 , skidding through desert roads and around police vehicles with high-speed turns and drifts.

Taking to Facebook, Block said he was grateful for the support the video received.

“Awesome! It’s always rad to see your support and responses whenever we release one of these videos. So, thank you to everyone who continues to watch and share these videos, you’re a major part in making them possible.

“My team and I (and many others behind the scenes such as the production company, agents, etc.) put a ton of hard work into making a Gymkhana video every year – and it’s amazing to have the success that we have had with these projects,” he added.