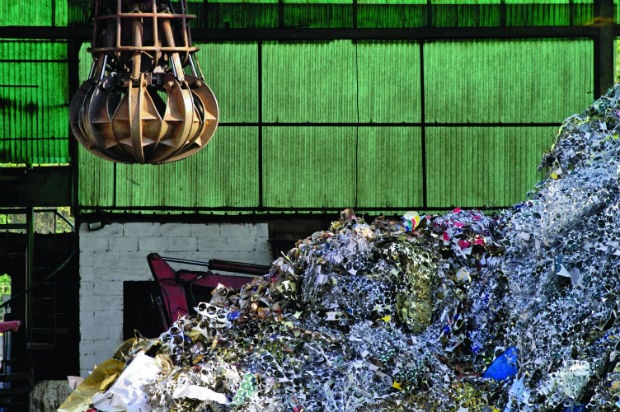 As the UAE grapples with one of the highest per capita waste figures in the world, two companies in the UAE are seeking to generate power from waste as part of a drive to monetise a problem that is eating away land.

Abu Dhabi government-controlled energy firm Taqa is building a 100 megawatt plant that will transform waste to clean energy and will be operational by 2017. While Sharjah-based Bee’ah is planning to build a plant with a capacity to produce at least 60 megawatts of power, which is expected to be operational by 2015.

Both companies are seeking to help solve a problem that is growing due to high per capita waste in the country, estimated at 2.5 kilos per person per day. Taqa’s plant is expected to process one million tonnes of municipal solid waste a year. Around 50 per cent of waste at Taqa’s plant will be plastic or organic, such as leftover food. The remainder of waste to be used at the plant will be cardboard, paper and wood.

Around 20,000 homes in Abu Dhabi could have their electricity supplied from Taqa’s plant, whose emissions are expected to be four times less than if the waste was left at landfill. According to consultancy Frost and Sullivan, waste generation in the Gulf region is 80 million tonnes a year, with municipal solid waste constituting around 26 million tonnes, or 33 per cent of the total.

“Our country is developing, population is increasing, and the amount of waste that is generated is increasing. Today in the UAE and GCC in general, we generate the highest amount of waste per capita when compared to other countries,” says Bee’ah CEO Khaled al-Huraimel.

Sharjah’s Bee’ah has a current waste diversion rate at its engineered landfills of 55 per cent and the waste to energy plant, along with other recycling facilities, will help the firm reach its goal of zero waste at landfill by the first quarter of 2015.

“It will be used to power our facilities in addition to working with Sharjah Electricity and Water Authority to see if they can power other areas for Sharjah. Power will be sold so there is definitely a return for this project. Otherwise, this waste that is not being converted to power, there is cost to treat that waste, there is the cost of managing the landfill. That is a cost that will now be diverted to producing energy,” says Huraimel.

Bee’ah is not just looking to transform waste in Sharjah. It plans to open an office in Saudi Arabia to export its services to the largest Arab economy, as a start to expanding beyond the UAE.

In the first quarter of 2014, the company also conducted seminars in Germany as part of plans to seek partners for sustainable projects in the Middle East.

Countries around the world are utilising waste to generate electricity. According to US-based Navigant Research, the global waste-to-energy industry is growing annually by about $2 billion and the cumulative market is valued to be around $80 billion between 2010 and 2022.

“Generally, these projects are most common in countries with strong legislation and regulations around zero waste, high tipping fees for landfills, low carbon policy initiatives, and space constraints, limited land area in which to site new landfills and dispose of waste,” says Mackinnon Lawrence, principal research analyst at Navigant Research.