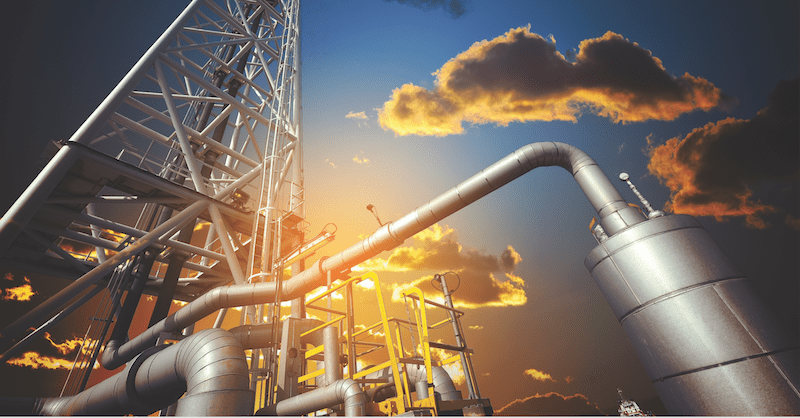 Across the globe, rapid population growth and urbanisation have given rise to a major problem that is expected to continue at an astonishing rate: waste.

In 2016, the world’s cities generated more than 2bn tonnes of solid waste, according to the World Bank. And by 2050 that figure is expected to increase by 70 per cent to 3.4bn tonnes.

Around the world much of this waste is transported to landfills – especially in low-income countries, where more than 90 per cent of it is put into unregulated dumps or openly burned. As well as serious health and safety implications, the environmental consequences are huge, contributing to global climate change as well as creating air pollution, biodiversity impact, groundwater pollution, soil fertility degradation, and more.

In recent years, however, a solution has emerged to not only combat the growing landfill problem, but also provide a valuable alternative energy source at the same time – waste-to-energy.

Waste-to-energy is not a new method of energy generation, with the first steps into the method believed to have been taken as early as the 18th century, but the practice has gained in importance as the waste problem has increased, notably since the turn of the millennium.

Since the year 2000, the World Bank has committed more than $4.7bn to more than 340 solid waste management programmes around the world, and during 2001 to 2007, WTE capacity increased by around 4m metric tonnes per year.

WTE is a method of producing clean, renewable energy through the combustion of municipal solid waste. Around 85 per cent of landfill waste can be incinerated, according to a 2018 EcoWASTE report, with some 500 kilowatt hours of electricity typically produced for each tonne of waste burnt. At the same time, one tonne of carbon dioxide is prevented from entering the atmosphere.

According to US energy firm Babcock & Wilcox there are approximately 1,600 WTE plants across Asia, 500 in Europe, and 100 in North America. And in the past few years the Gulf region has started to roll out a number of its own large-scale WTE initiatives.

“Although waste disposal into landfills is currently the prevailing solution, relevant efforts are being made in the GCC countries to optimise their waste disposal techniques – also promoting joint cooperation between private sector, governments and municipalities,” explains David de Lara, country manager of ACCIONA Industrial ME.

“Different programmes are being implemented by GCC countries while several waste-to-energy projects are announced, some of them appointing consultants or already under pre-qualification stages for potential bidders.

“Also in Saudi Arabia, as part of its Vision 2030 strategy, an ambitious target of 3GW in waste-to-energy facilities has been outlined. In terms of water desalination, some waste-to-energy to water initiatives are also under study.”

Group CEO of Sharjah-based Bee’ah, Khaled Al Huraimel, adds that the reputation of WTE is on the rise, backed by the sharper focus on environmental concerns, and the efficiencies the industry can bring to the market.

“Waste-to-energy is increasingly being identified as a renewable energy source of great potential, as it integrates both waste management and renewable energy production into a feasible solution. Given the large amount of waste generated daily and the pace of life in urban communities that continue to aggravate the problem of waste, this is an inexhaustible source of clean energy, which also ensures that our waste is diverted from landfills.

“Waste-to-energy plants are functional 24 hours a day, seven days a week, throughout the year. The value of clean energy is undeniable, increasing the profit margin for producers of this energy. Another attractive feature about waste-to-energy is that it is a sustainable growth market.” 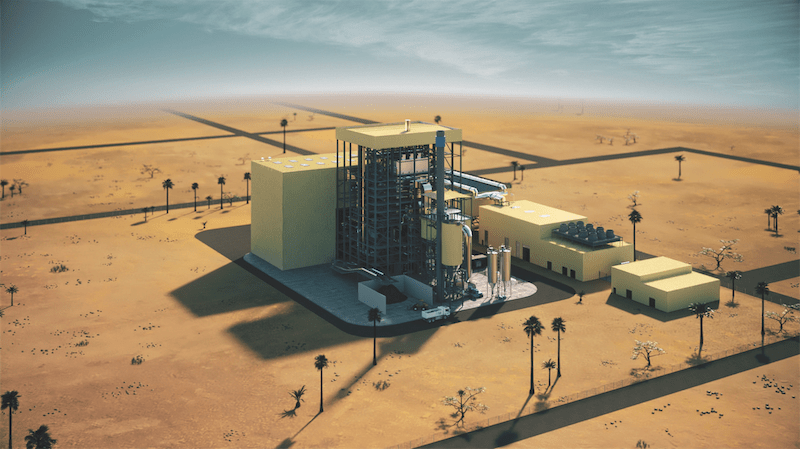 In Bahrain, the $480m Askar Waste to Energy facility expects to have a capacity of 1,068 tonnes per day when it launches, generating approximately 25MW of electricity. No date has been given for its launch, but the country aims to reach 700MW of renewable energy power generation by 2030 – met by a mix of solar, wind and WTE technologies.

In Kuwait, the Kabd Municipal Waste to Energy Plant was awarded to a consortium headed by CNIM in 2017. The $756m plant is expected to treat 50 per cent of Kuwait’s total annual solid waste, with a capacity of 3,275 tonnes per day and electricity generation of 650 GWh per year.

Oman’s environment services company Be’ah plans to develop a waste-to-energy-to-water facility that is expected to generate enough electricity to desalinate approximately 15,050 cubic metres of seawater per hour in a reverse osmosis plant. The sultanate has said that if the $750m project proves effective, it could build a second facility with a smaller capacity.

Despite having no WTE projects as yet, Saudi Arabia’s government has announced plans to develop 3GW of WTE facilities by 2030, in a bid to diversify its energy mix under the banner of Vision 2030.

The regional charge, however, is being led by the UAE. In May last year the Federal National Council passed new legislation with the aim of recycling 75 per cent of all municipal solid waste by 2021, with some emirates seeking to achieve a ‘zero waste to landfill’ target by the end of 2020.

There are currently five WTE projects underway across the country, with perhaps the most well-known being in Sharjah.

Emirates Waste to Energy Company – a joint venture between Sharjah’s Bee’ah and Abu Dhabi’s Masdar – announced plans in January 2017 for a facility that would incinerate around 900 tonnes of waste per day, generating 30MW, with a view to expanding capacity to 90MW.

Financial closure has now been achieved, with French firm CNIM being awarded the contract to design, build and operate the project based on an early 2021 completion date.

“Bee’ah has always been a frontrunner when it comes to adopting and implementing new solutions for sustainable development,” says Al Huraimel.

“Our primary goal has always been to achieve complete waste diversion in Sharjah. We have currently achieved 76 per cent diversion. With the activation of the new plant, we will be able to achieve 100 per cent. Through EWEC we will be focusing on developing and growing the waste-to-energy potential in the region, in addition to making complete diversion a reality for the UAE and the Middle East.”

A second plant in Sharjah, in the Sajja area, is also being constructed. It is expected to convert 99 per cent of 400,000 tonnes of organic waste into 80MW of electricity annually.

Meanwhile, in Abu Dhabi, plans for what would be one of the world’s largest WTE facilities are under way. The 100,000sqm, 100ME plant under development by the Abu Dhabi National Energy Company (Taqa) and the Centre of Waste Management (Tadweer) will eventually generate enough power for 20,000 households per year, as well as reducing carbon emissions by 1m tonnes per year.

In neighbouring Dubai, the $545m Al Warsan WTE plant is scheduled to begin operations by the second quarter of 2020, processing 2,000 tonnes of waste every day during its first phase to produce 60MW of energy.

A 2MW facility in Ras Al Khaimah, and $32m waste-to-flame plant in Abu Dhabi are also on the horizon, adding to the UAE’s WTE mix.

These first forays into WTE are a sign of things to come for the Gulf, with time, energy and money being invested into the industry, as well as a pressing need to address the rising waste problem.

In Saudi Arabia, for example – a nation that accounts for 50 per cent of the GCC’s total solid waste volume – there is expected to be a rise in waste of 150 per cent between 2012 and 2025. The UAE is close behind with a predicted 143 per cent.

Saudi Arabia has targeted 54 per cent of industrial waste to be recycled by 2020, while Dubai aims to reduce the amount of waste being sent to landfills to 0 per cent by 2030.

But there are challenges for the region’s nascent waste-to-energy sector – most notably the cost of building and maintaining a facility, and the need for clear, Gulf-wide legislation for dealing with solid waste management.

ACCIONA’s de Lara says these two issues can be tackled simultaneously, provided the right strategies are in place.

“The high per capita waste generation rates in GCC countries must be tackled through sustainable strategies and waste-to-energy can contribute in a relevant manner to this circular economy objective,” he says.

“Legislative frameworks and regulations are being developed in this sense, with a recent example being the new federal draft law on integrated waste management passed by the UAE’s Federal National Council.

“Logically, private funds and investments will be attracted as long as an appealing and sound environment is established, also under a stimulating tipping fee structure, enabling the proper completion of power purchase agreements and waste supply agreements.

“As these countries [in the GCC] are ranked among the highest in terms of waste producers per capita worldwide, so we consider there are important opportunities for companies with expertise in this area, including ACCIONA.”

This confidence is echoed by Al Huraimel, who suggests that hurdles such as cost and public awareness pale in comparison to the value and importance of WTE.

“Since waste-to-energy projects are new to the Middle East, significant effort is required to finance and set up the required infrastructure,” he says.

“Compared to the cost of sending waste to landfill and of using conventional energy, waste-to-energy facilities are significantly expensive. Apart from maintenance, disposal of residue, such as ash, can also incur costs. Public awareness on waste-to-energy is also limited.

“From our experiences, however, we have learnt that these challenges are inconsequential when considering the huge sustainability impact.

“In terms of financial challenges, most corporate establishments are willing to support projects of this nature. Five leading banks supported us in achieving financial closure on our WTE project. Given the UAE’s thriving academic environment, research and development into the technology most suitable for the region is becoming increasingly available. To instigate public awareness, Bee’ah has introduced awareness and education programmes that cater to adults and school-going children alike, thus enabling people of all ages to understand the unique benefits in deriving energy through this medium.

“In the public sphere, landfill taxes have to be increased, clear legislation and guidelines introduced, and long-term PPAs must be instated that will reduce the risk of deploying waste-to-energy projects. When waste-to-energy is understood, first and foremost, as a way to manage waste in a sustainable manner, and as a source of electricity and energy diversification in a secondary capacity, the GCC can claim its rightful position as pioneer in waste-to-energy initiatives.”

And with increasingly solid plans in place across the region, and developments moving at a faster pace than ever before, there is a sense that WTE is gradually gaining the foothold it needs to flourish.

Backed by environmental targets, financial commitments and collaborative initiatives, there is certainly forward momentum for key players, and with the global WTE market expected to reach $42.7bn by 2024; there are plenty of incentives to surge ahead with plans.

“Given waste generation in the GCC, the growth potential of the WTE market is indisputable,” adds Al Huraimel.

“The region has several advantages in terms of the tonnage of waste produced and the support of government bodies. The UAE has launched an Energy Plan for 2050, which outlines the nation’s strategy to ensure the diversification, growth and stability of the energy sector for the next three decades.

“The government will have invested more than Dhs600bn by 2050 to meet the country’s growing energy demands and ensure the sustainable growth of the economy. These measures provide a conducive environment for the growth and development of the WTE sector in the GCC.”