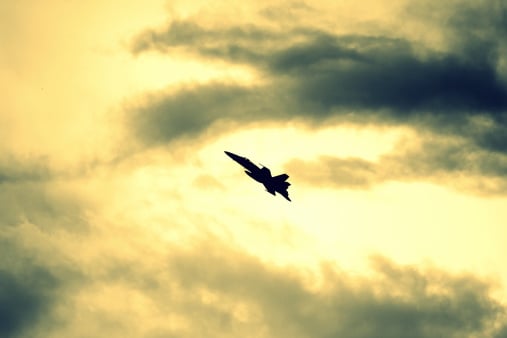 Islamic State of Iraq and the Levant (ISIL) fighters said on Wednesday they had shot down a warplane in the northeastern Syria province of Raqqa and taken the pilot captive.

The Britain-based Syrian Observatory for Human Rights monitoring group said it had confirmed reports the plane was brought down near Raqqa city, a major stronghold for Islamic State fighters.

Events in Syria are difficult to verify because of restricted media access to conflict zones.

Islamic State social media accounts published pictures purportedly of the warplane’s pilot being held by the group’s fighters and said he was Jordanian. It was not possible to verify the images.

The Observatory, which monitors Syria’s war with a network of sources, said it had confirmed the pilot’s capture and said he was believed to have an Arab nationality.

Both the Syrian government and a U.S.-led coalition set up to fight ISIL regularly strike Islamic State targets in Raqqa province.

Raqqa province, which borders Turkey, is almost entirely under the control of ISIL fighters.

Boosted by arms seized in Iraq, the group evicted most rival rebels from the province earlier this year and took control of a string of government military bases over the summer, including an air base.

There was no immediate comment on the reports of the plane’s downing from the Syrian government or from officials of countries participating in the coalition. U.S. officials said they were looking into the media reports but declined further comment.

Saudi Arabia, Qatar, Jordan, Bahrain and the United Arab Emirates have participated in or supported the strikes against Islamic State targets in Syria, according to U.S. Central Command.