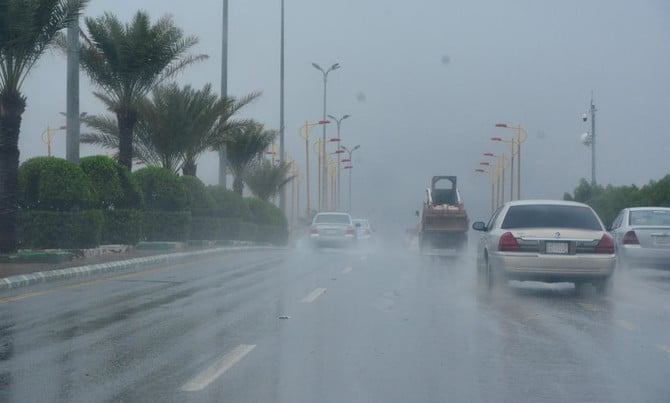 Saudi’s meteorological department has warned of heavy rains and thunderstorms across the country this week.

In its weather report, the General Authority for Meteorology and Environmental Protection said thunderstorms and rainfall accompanied with strong and dusty winds were expected to continue in Jazan and Asir (including the coastal parts) Najran, Baha, and Madinah.

Rain clouds, accompanied by dusty winds, will limit the horizontal visibility in the regions of Qassim and Sharqiyah and parts of the Hail and Riyadh regions, it said.

On Monday, the authority also issued an alert for rainfall, thunderstorms and floods across the Makkah region, Huda Al Sham, Madraqa, Jumum, Um Al Dum, Al Kharama, Radwan, and the highlands of the Makkah Al Mukarramah area, and the surrounding areas.

The Civil Defence Department in the Makkah area called on citizens and residents to be cautious when walking in valleys and avoid using their mobile phones to prevent lightning incidents.