War - What Is It Good For? - Gulf Business 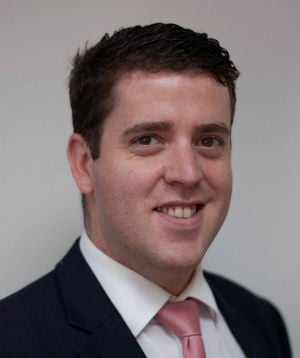 As tensions continue to simmer along the boundaries of Eastern Europe and the Eastern Mediterranean, investors around the world are torn between running for the hills to lock up their assets in war-proof bunkers and squeezing that extra bit more growth out of the continuing positive trend in Western equity markets.

Obviously, any form of armed conflict is disastrous in terms of the humanitarian effects and the cost in human life but how should investors approach a situation like the ongoing crises in Ukraine, Gaza, Syria and Iraq?

First of all, we must remember that war has always been a consideration. Historians profess that in the approximately 3400 years of recorded history there have been only 250 years of peace. This, of course, does not account for smaller regional conflicts, civil unrest or tribal wars that might not be broadly documented.

Consequentially, some form of military confrontation should be seen as the rule, not the exception.

We should also bear in mind that there have been very few conflicts that have engulfed the whole world or even a whole continent. It’s worth noting that some nations and companies will profit greatly from wars that do not involve them directly.

Switzerland showed huge benefit from its neutrality in Europe and the fact that it has been at peace since 1815, becoming the world’s safe deposit box in times of strife.

In a similar vein, China has recently signed several new trade deals with the increasingly ostracized Russian Federation and lesser-known financial jurisdictions such as Mauritius are gaining popularity as restrictions on trade bite hard on international money-flows.

More controversially, there are also gains to be made in times of war.

It is clear that armed conflict introduces a sense of urgency to development of medicine, technology and infrastructure.

Many battlefield solutions find their way into everyday life. Some companies grew their global brand through military campaigns. Think of Burberry or Aquascutum coats worn by the British army, Coca Cola shipped to troops in WW2 or Marlboro Cigarettes in Vietnam.

The moral issues are obvious when looking to make money during any conflict but we certainly must look at minimising risks to our assets.

Global defense spending is still rising. The technology sector, particularly in aviation, transport and communications is the main non-lethal beneficiary.

The strategic locations of Ukraine, Syria and Iraq for the oil and gas industries have created opportunities for new pipelines and trade agreements.

However, the most globally significant economic impact by far of the recent unrest has been in the global currency markets.

The US dollar is climbing as people seek a safe haven. The Russian rouble and Ukrainian hryvnia are plummeting as uncertainty reigns and sanctions bite. The government of Ukraine has started to block trades out of the national currency and even force some conversions back in. Some businesses are running scared.

If you are economically affected by any situation of war or simply concerned about whether your portfolio could be at risk in the future, it is wise to seek advice about methods of protection.

A simple life-bond wrapper or trust can offer a degree of separation and security that will protect your holdings in a crisis. The holdings themselves should be well diversified and have a degree of liquidity sufficient to let you restructure in an emergency.

Different investment sectors and regional holdings can help balance and manage a defensive portfolio but bear currency in mind too. The four major global currencies, US dollar, Euro, GB pound and Japanese yen are the most easily tradable but holding just one currency leaves you open to potentially large fluctuations in exchange rates.

Whatever the outcome of the current conflicts around the world, we can be sure that they will, unfortunately, not be the last. The Roman military strategist Publius Flavius Vegetius Renatus said ‘In times of peace, prepare for war.’ A well prepared portfolio will weather the storm.