Wake Up And Smell The Luxury Coffee - Gulf Business 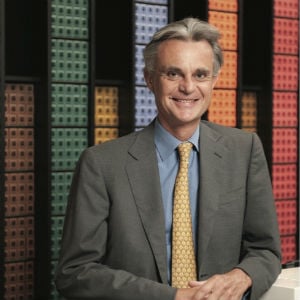 There is a noticeable buzz in the air as I meet the global CEO of luxury coffee brand Nespresso and it’s not from having one too many cups from their Grand Cru selection.

In the background as we conduct the interview you can hear the occasional whirring of a Formula One car engine, our setting a meeting room at the Abu Dhabi Grand Prix just hours before the start of the race.

As the drivers put some of the world’s fastest racing cars through their paces it seems a fitting occasion for a company that prides itself on buying the top one to two per cent of quality coffee beans in the world to use in its luxury machines.

“It’s about acquiring the best coffee, but also acquiring it in a sustainable way,” explains Nespresso CEO Jean-Marc Duvoisin, as he describes the firm’s coffee making process. “We have 60,000 farmers who are in our triple AAA programme and we make sure that they have a sustainable business.”

Nespresso, part of Swiss multinational Nestle Group, was conceived in 1986 with the idea of putting roast and ground coffee in an aluminium capsule to maintain its quality.

“At the time I suppose it was like putting the first tea in the bags,” says Duvoisin.

Through combining the capsule with high-quality coffee and then the correct pressure and heating provided by Nespresso’s coffee machines, Duvoisin believes that the company has helped bring a premium coffee experience into the homes of its customers.

“It’s allowing consumers to have almost a barista machine at home, making sure they have a good quality coffee all the time,” he says.

On top of its coffee capsules and coffee machines, Nespresso also prides itself on its customer service. The company was among the first to offer digital purchasing some 15 years ago and in November launched a new Arabic digital platform to better cater to the MENA region.

Those who buy a Nespresso machine join the Nespresso club, allowing them to offer feedback and vote on new flavours. Its members were also the ones to choose Hollywood star George Clooney as Nespresso brand ambassador.

Another pillar of the Nespresso brand has been its boutiques and in no region is the company opening more than the Middle East. By the end of this year Nespresso will have 15 here in total, after opening seven in 2013.

Among the latest has been in Dubai’s Mirdif City Centre, while the company also has branches in Kuwait, Qatar, Bahrain and Oman, with Jordan and Lebanon soon to follow.

“We call ourselves affordable luxury. It’s very appealing for people in the Middle East, and our boutiques are always between Chanel and Cartier,” says Duvoisin.